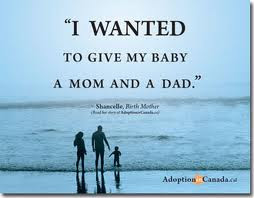 NYT columnist Ross Douthat voiced a strong thought I had yesterday—but decided not to get into so as to not muddy the waters—when reporting about a NYT Magazine story extolling a couple buying the services of four women—two for eggs and two “gestating carriers”—so they could have “twiblings.” This couple all but moved heaven and earth to have children, just the way they wanted them. Yet, a million pregnancies are terminated each year in the USA, making it far more difficult for would-be parents to adopt—one of the factors the couple cited in their decision to manufacature. Douthat first cites some shocking adoption statistics. From “The Unborn Paradox:”

In every era, there’s been a tragic contrast between the burden of unwanted pregnancies and the burden of infertility. But this gap used to be bridged by adoption far more frequently than it is today. Prior to 1973, 20 percent of births to white, unmarried women (and 9 percent of unwed births over all) led to an adoption. Today, just 1 percent of babies born to unwed mothers are adopted, and would-be adoptive parents face a waiting list that has lengthened beyond reason.

Indeed.  I don’t think any woman need abort because her child would not be wanted.  This includes children with disabilities, who pro life couples leap at adopting if they learn of the need.

Last week’s New Yorker carried a poem by Kevin Young about expectant parents, early in pregnancy, probing the mother’s womb for a heartbeat:

The doctor trying again to find you, fragile/fern, snowflake. Nothing.

After, my wife will say, in fear/impatient, she went beyond her body,

this tiny room, into the ether—... And there

it is: faint, an echo, faster and further/away than mother’s, all beat box and fuzzy feedback. ...

This is the paradox of America’s unborn. No life is so desperately sought after, so hungrily desired, so carefully nurtured. And yet no life is so legally unprotected, and so frequently destroyed.

Alas.  Legality aside, why abort when so many people desperately yearn to be parents?  Birth is the only choice that offers opportunity for great joy.
0
Print
Email
Prev Article
Next Article