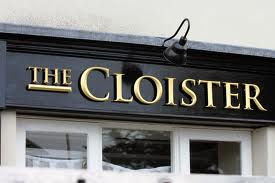 In my book, A Rat is a Pig is a Dog is a Boy, I state the clear biological truth that human beings are omnivores, that is, eating meat or meat by-products, such as milk, cheese, and eggs—are a natural part of our diet.  We can live without these things, of course—although veganism is unhealthy for small children.  But to ensure a balanced diet, vegans (in particular) need supplements.

I bring this up because there is a contretemps occurring within the vegan community about a notable blogger from that sub culture who used to call herself the Voracious Vegan.  No more. She went off the wagon, as it were, and now calls her blog, Voracious Eats.  From a critical blog entry quoting the VV blog entry, “Vegan No More” (the original isn’t available):

My first bite of meat after 3.5 years of veganism was both the hardest and easiest thing I’ve ever done. Tears ran down my face as saliva pooled in my mouth. The world receded to a blank nothingness and I just ate, and ate, and ate. I cried in grief and anger, while moaning with pleasure and joy.

I understand. I once went strictly vegetarian (not vegan because I still wore leather shoes) and promised myself that if my body craved meat, I would go back.  All was well for more than a year, and then I began to literally crave chicken in a rich sauce. I broke my meat fast with hard boiled eggs.  I  wolfed down six as fast as I could make them!  I believed then, and still do, that my body needed the nutrients that meat and animal products provide.

The (formerly VV) wrote that secret eating “sin” (my term) within the vegan community is not uncommon:

I delicately broached the topic of my ill-health with several vegan friends. I even made comments on other blogs and on twitter highlighting my struggles. The response was nothing short of shocking. In the span of just a few days I received an outpouring of emails from fellow ‘vegan’ bloggers, who told me in confidence that they weren’t really vegan ‘behind the scenes’. They ate eggs, or the occasional fish, or piece of meat, all to keep themselves healthy, but were too scared to admit to it on their blogs. I even received emails from two very prominent and well respected members of the vegan AR community. One a published and much loved vegan cook book author, the other a noted animal rights blogger, their emails detailed their health struggles and eventual unpublicized return to eating meat.

I’m not surprised. We evolved (or were created or designed) as omnivores.  And that doesn’t go away because we can control our appetites.  I spoke to a vegan once who complained he still salivated when he passed a pizza restaurant and smelled the cheese.  I said, “Of course you do!  It is your natural food!”

It isn’t mutually exclusive to believe in vegan philosophy, but to be unable to live it. Eschewing all meat products is a severe ascetic discipline—akin, I think, to monks and nuns remaining chaste.  In other words, it requires an extraordinary calling or an intense desire.  But that is one of the things that makes humans so exceptional.  Unlike any animal, we  can control our biological natures and deny our normal appetites to fulfill a moral purpose.

But when we go back to our normal diet, or leave the cloister, it doesn’t make us less ethical.  It merely means we have returned to a normal human life. And this is why expecting most of us to become vegans is folly.  Like becoming a saint, only the few and far between can actually do it.
0
Print
Email
Prev Article
Next Article