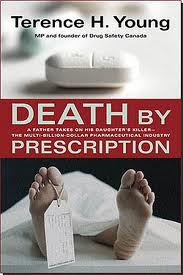 American assisted suicide activists pretend that legalization is to be strictly controlled.  But the legislation they propose—and the laws they pass—contain loopholes big enough for a hearse to drive through.  Latest example, the upcoming bill in Vermont to legalize physician-prescribed death.  From the draft bill:

For purposes of this chapter: (1) “Attending physician” means the physician whom the patient has designated to have primary responsibility for the care of the patient and who is willing to participate in the provision to a qualified patient of medication to hasten his or her death in accordance with this chapter.

This provision allows a suicidal patient to designate a death doctor she has just bet as the “attending physician.”  As we have seen in Oregon, many assisted suicides are facilitated by doctors the patients first met only weeks before their suicides.  In other words, it opens a whole field of practice that I think should be called Kevorkianism, because the intent isn’t treatment or palliation, but being made dead.  These will usually be doctors with close affiliations with assisted suicide advocacy groups, as has happened in Oregon where Compassion and Choices (formerly, the Hemlock Society) facilitates the great majority of assisted suicides.

(12) “Terminal condition” means an incurable and irreversible disease which would, within reasonable medical judgment, result in death within six months.

Notice that there is nothing in the definition stating something like, “even with medical treatment.”  That means a diabetic who needs insulin could be considered terminally ill, since stopping treatment would generally mean death within six months. Similarly, a person who can’t swallow for whatever reason, who refuses a feeding tube, could be deemed terminally ill.

The legislation purports to require mental health “counseling” in some cases, but it does no such thing:

(4) “Counseling” means a consultation between a psychiatrist, psychologist, or clinical social worker licensed in Vermont and a patient for the purpose of confirming that the patient:
(A) has capacity; and
(B) is not suffering from a mental disorder or disease, including depression that causes the patient to have impaired judgment.

Counseling strongly implies treatment and mental health interventions.  But a “consultation” is a mere assessment.   This doesn’t even require a meeting between patient and assessor—as has happened in Oregon.  From an article in the Michigan Law Review by Kathleen Foley and Dr.  Herbert Hendin that describes such a “counseling” session between a psychologist and an ALS patient:

The doctor and the family found a cooperative psychologist who asked Joan to take the Minnesota Multiphasic Inventory, a standard psychological test. Because it was difficult for Joan to travel to the psychologist’s office, her children read the true-false questions to her at home. The family found the questions funny, and Joan’s daughter described the family as “cracking up”over them. Based on these test results, the psychologist concluded that whatever depression Joan had was directly related to her terminal illness, which he considered a completely normal response… [Me: Can we say “rubber stamp?]

Think about it, not even a requirement for suicide prevention.  The destructive message sent by this kind of legislation is insidious, telling the terminally ill that their lives have less value than those of other suicidal people.  It corrupts medicine by turning doctors into death causers. And in times of medical resource constraints, it leads to the attitude that money is better not spent on treating the dying, but rather, in facilitating their suicides.  And yes, that already happened in Oregon, too.

And can you imagine, that legislation require doctors to counsel patients not to kill themselves in a public place?

And as with Oregon and Washington, the standards of practice for death doctors is less than that of doctors treating diseases:

§ 5294. IMMUNITIES
(a) No person shall be subject to civil or criminal liability or professional disciplinary action for actions taken in good faith reliance on the provisions of this chapter. This includes being present when a qualified patient takes the prescribed medication to hasten his or her death in accordance with this chapter.

Good faith is merely a motive.  Treating doctors have to meet proper standards of care regardless of motives.  But death is the agenda and nothing must be allowed to interfere or dissuade.