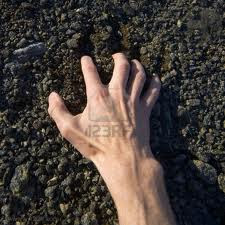 It is very clear now that the primary source for making the connection between autism and vaccines was fraudulent.  (We’ve dealt with this issue before at SHS.)  Indeed, that now seems beyond dispute. (Here’s a link to the compelling BMJ article debunking the evidence.) The courts have also ruled unequivocally.

The question is why people still cling to the lie.  Michael Fumento—a sometimes caustic writer who unremittingly attacks fear mongering in the field of scientific studies—has an interesting piece out on it.  From his piece “Autism Fraud Just the Tip of the Iceberg:”

While autism rates have been rising dramatically, the increase appears to be almost entirely the result of more diagnoses because of increased surveillance and a broadened definition. This is true of many disorders such as sleep apnea, which “increased” 12-fold in just nine years. Nevertheless, trumpeted by activists and a sensationalist media, after the article appeared vaccination levels fell in both the U.K. and the U.S., while the diseases they prevented surged. “One person’s research set us back a decade, and we’re just now recovering from that,” Mark Sawyer, a pediatrician and infectious disease specialist at Rady Children’s Hospital in San Diego, told me.

California is suffering its worst pertussis (whooping cough) outbreak since 1947, with about 8,000 cases last year. In the 1980s, there were just a handful annually. Sixty percent of those hospitalized have been infants. Ten have died. Coincidence? Pertussis expert Blaise Congeni of Akron Children’s Hospital in Ohio calls California “the epicenter of vaccine refusal.” How tragic that everybody from The Lancet to the media to all those anti-vaccine groups, in the words of Britain’s General Medical Council, acted so “irresponsibly” and sometimes “dishonestly,” thus spreading Wakefield’s lies.

Panic mongering in science—not the same thing as mistakes, which happen—has real life consequences.  (Fumento gets into what he considers other examples, but I don’t want to argue those here.)

My interest is why some of us seem to want to believe these kinds of stories.  I think there are several factors at work.  First, when a tragedy strikes a child, we want a villain to blame, otherwise, we may blame ourselves, even though we have done nothing wrong.  Thus, a child receives a vaccine—as hundreds of millions do—and is later diagnosed with autism.  Hearkening to the whispers of a fraudster, the coincidence becomes something more.  (We see that more benignly when someone claims a flu shot gave them the flu, when it wasn’t the vaccine but the pre-existing infection.)

Second, tied to the first, we have developed a victim culture.  Our first impulse often is to think we’ve been wronged.

More positively, people often want to create something beneficial out of their own traumas, and so they take that admirable impulse and put it to work.  That is great if the cause is just.  But if they have been snookered, they might be doing great harm.

Finally, the speed with which falsehood metastasizes—as in the old saying about a lie spreading around the world before the truth gets its boots on—has accelerated geometrically with the advent of cyber-communications.

Bad things happen to good people, as Rabbi Harold S. Kushner has noted.  It is hard to accept that it sometimes is really nobody’s “fault;”  much easier for people to try and make sense out their grief by grabbing at seemingly easy or conspiratorial explanations.  And letting go of that, even when proven a lie, can be terrorizing because it can add insult to injury by depriving us of a noble higher purpose.  We need to have sympathy and understanding for that—without acquiescing to it.
0
Print
Email
Prev Article
Next Article