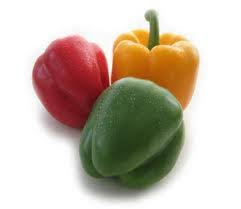 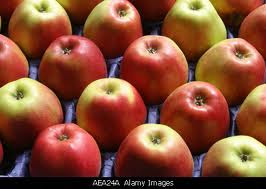 The Leftist bias in major universities can’t be denied.  With regard to issues dealt with here, can you imagine a pro lifer with the credentials of Peter Singer—who doesn’t even have a Ph.D—given one of the most prestigious chairs in bioethics in the world, as Singer was at Princeton?   Other than at some prominent Catholic universities, are there any anti abortion advocates in bioethics departments that have been awarded tenure?   Ditto, any supporters of President Bush’s ESCR funding policy?

Chris Mooney, the left wing advocate for biased journalism and with regard to scientific issues, acknowledges the existence of university bias—while disputing its extent. But then he asks a stupid question, and then gives himself a dumb answer. From his blog:

I agree that academia tilts left, whatever the reason. But I find that there’s something glaringly missing in this discussion. The fact is that conservatives (who are even more convinced of leftwing academic bias than I am) have already gone out and created their own counter-academia, which is also highly influential–the think tank circuit in DC and elsewhere. So why are we not hearing calls for more liberals at right wing think tanks?

I think the question answers itself just by asking it: We know that academia, whatever its flaws, is much more rigorous and much less biased than these think tanks. Why? Because despite its many faults, it maintains quality control mechanisms and is still, at the end of the day, dedicated to truth, not a partisan goal.

Dedicated to truth?  Not partisan?  In the Academy? Were that it were true.  Being radical and out of the mainstream in the left direction is almost a job requirement in some academic disciplines.

But even if he is right, there is no excuse for the profound ideological imbalances on university campuses, while ideological think tanks are absolutely proper and valid.  Why?  The two forms of scholarly enterprise have different and distinct purposes. Think tanks are funded by people who support particular points of view or (often heterodox) fields of inquiry.  The scholars who labor in those fields are engaged in furthering those beliefs or exploring those issues.  That doesn’t permit unethical or dishonest scholarship.  But it serves to bring out various points of view that are often neglected,  marginalized, a minority viewpoint, or suppressed—allowing them an otherwise unobtainable exposure in the public square. Moreover, we have left wing think tanks, right wing think tanks, libertarian think tanks, etc.

Universities have a different calling.  They are charged with providing students with diverse and heterodox perspectives, both among the faculty and with regard to speakers and programs.  In this regard, universities have a duty not to indoctrinate particular views, but rather, present opposing opinions and minority views so that students can learn to think for themselves.  Thus, when I was in college and the Vietnam War was raging, students demanded—and received—the right to present anti war speakers on campus.  (Ironically, many of these free speech advocates have imposed speech codes once they became the university establishment.)

So, the idea of putting liberals into conservative think tanks is as dumb as expecting the Darwinist National Center for Science Education to bring on my Discovery Institute colleague, the award winning author and intelligent design advocate Stephen C. Meyer, or a socialist to be paid to toil the fields on behalf of collectivism at the libertarian Cato Institute, or if you really want to illustrate the point, have the Carnegie Endowment for International Peace make Donald Rumsfeld a senior fellow.  In other words, Mooney confuses apples and oranges, nay apples and peppers.
0
Print
Email
Prev Article
Next Article