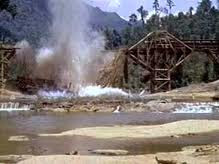 Surprise, surprise—they did it on a Friday when potentially unpopular news is released to get lost in the weekend. It took longer than I thought it would—two years—but  just as I predicted in my 2010 prognostications, the Obama Administration has stripped conscience protections gained for medical workers under the Bush Administration.  From the story:

The Obama administration on Friday peeled back a rule defining when health-care workers can refuse to administer treatments they find morally objectionable, reversing a final act of George W. Bush’s administration. The Bush measure said that a wide variety of health-care workers could object to participating in abortions if they had moral objections to the procedure. Hospitals and clinics faced a loss of federal funds if they failed to uphold what the Bush administration termed workers’ “right of conscience.” Liberal groups opposed the rule, saying it could open the door to a broader denial of services. They said it could allow insurance companies to deny claims for birth-control pills or enable hospitals to refuse emergency contraception to victims of rape. While there was little evidence that such denials were happening with any frequency, the Obama administration said it needed to act to prevent ambiguity. It said decades of law already protect workers from participating in abortions if they don’t wish to.

This Administration talks about building bridges across moral chasms and crossing difficult cultural divides.  It talks the talk, but with this act, it walks in the exact opposite direction—again.

The administration says, that despite peeling back the rule it still respected the rights of conscience.  I’ll have to see what the rule actually states, which may take a few days, before I’ll believe that.  But conscience is about more than abortion.  And this administration has shown a propensity to come down with an iron fist.

The conscience clause issue isn’t going away.  In fact, I predict it will be one of the big fights in bioethics over the next decade as medicine increasingly becomes involved in actively taking human life as well as—or in conjunction with—saving human lives.
0
Print
Email
Prev Article
Next Article