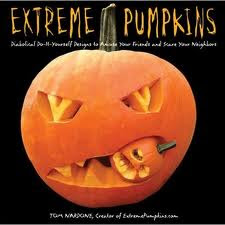 I had been thinking the weather seemed more like the kind the country experienced when I was a kid long before global warming was a fevered glint in Al Gore’s eye.  And now, a new study by non Kool Aid drinking scientists—but also not “deniers”—shows that we are not experiencing more severe weather extremes.  From a column in the WSJ by Anne  Jolis:

Some climate alarmists would have us believe that these storms are yet another baleful consequence of man-made CO2 emissions. In addition to the latest weather events, they also point to recent cyclones in Burma, last winter’s fatal chills in Nepal and Bangladesh, December’s blizzards in Britain, and every other drought, typhoon and unseasonable heat wave around the world. But is it true? To answer that question, you need to understand whether recent weather trends are extreme by historical standards. The Twentieth Century Reanalysis Project is the latest attempt to find out, using super-computers to generate a dataset of global atmospheric circulation from 1871 to the present.

As it happens, the project’s initial findings, published last month, show no evidence of an intensifying weather trend. “In the climate models, the extremes get more extreme as we move into a doubled CO2 world in 100 years,” atmospheric scientist Gilbert Compo, one of the researchers on the project, tells me from his office at the University of Colorado, Boulder. “So we were surprised that none of the three major indices of climate variability that we used show a trend of increased circulation going back to 1871.” In other words, researchers have yet to find evidence of more-extreme weather patterns over the period, contrary to what the models predict. “There’s no data-driven answer yet to the question of how human activity has affected extreme weather,” adds Roger Pielke Jr., another University of Colorado climate researcher.

The column draws a lesson with which I totally agree—one promoted by global warming believer Bjorn Lomborg—that the way to deal with whatever might be coming isn’t to make us poorer, which severe restrictions carbon dioxide emissions and dampening oil and gas development would do, but more prosperous:

There is at least one climate lesson that we can draw from the recent weather: Whatever happens, prosperity and preparedness help. North Texas’s ice storm wreaked havoc and left hundreds of football fans stranded, cold, and angry. But thanks to modern infrastructure, 21st century health care, and stockpiles of magnesium chloride and snow plows, the storm caused no reported deaths and Dallas managed to host the big game on Sunday. Compare that outcome to the 55 people who reportedly died of pneumonia, respiratory problems and other cold-related illnesses in Bangladesh and Nepal when temperatures dropped to just above freezing last winter...

Global-warming alarmists insist that economic activity is the problem, when the available evidence show it to be part of the solution. We may not be able to do anything about the weather, extreme or otherwise. But we can make sure we have the resources to deal with it when it comes.

Weather ebbs and flows.  Climate changes.  GWH”s loss of credibility—now there was an extreme change in the (political) climate—was entirely self inflicted by eye-popping hyperbole, extreme over reaching, and a failed strategy of fear mongering to seize control of the international economy and redistribute wealth.

Given empirical evidence aboutthe link between climate and damages, climate change is calculated to increase the damages from these five extreme events by between $11 and $16 billion a yearby 2100. There is little supporting  evidence that climate affects deaths from these events (except for the possibility of local storm deaths increasing). Summing the damages in this report with tropical cyclone and severe storm damages from the literature suggests that climate change may increase the overall damage from extreme events by $84 billion or 0.015 percent of world GDP.

Nails in the coffin.
0
Print
Email
Prev Article
Next Article