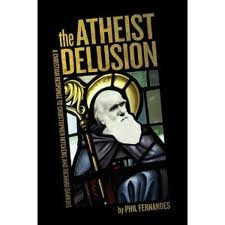 But apparently that is a goal of John N. Gray, at least according to a book reviewer in the New Statesman. (The details of the book, a history of metaphysical pursuit, are not of concern to us here.)  From the article:

About ten years ago his thoughts turned to metaphysics. Charles Darwin replaced Berlin as hero-in-chief, and Gray became fascinated by the idea that human history as a whole is no more than an accidental smudge on the surface of an undistinguished planet hurtling towards oblivion. He was not the only one to take such a turn around that time; but most of his fellow Darwinians - Christopher Hitchens, for example - believed that once the human race freed itself from religion it would be able to take control of its destiny at last.

Not so Gray; for him, Darwinism had dealt a fatal blow to “humanism”, or the idea that the human race, unlike everything else in the natural world, is capable of self-fashioning and self-redemption. In Straw Dogs and Black Mass, he argued that humanism is just a continuation of religion by other means, an attempt to smuggle afanatical belief in transcendent salvation past the controls of natural science. We will never get rid of God, as Nietzsche realised long ago, until we get rid of human exceptionalism.

As I’ve often written, one doesn’t need to believe in God to accept human exceptionalism.  But Gray might be right, if the reviewer has accurately described his views, that if one wishes to destroy a general belief in God—at least as the Deity is understood in Judeo/Christian/Islamic personalized traditions—stomping on human exceptionalism could be necessary.  So notch up another motive for attacking HS: To destroy faith.

Gray clearly blames human exceptionalism for evils—both perpetrated by religious believers and atheists.  From his essay “The Athiest Delustion:”

There is an inheritance of anthropocentrism, the ugly fantasy that the Earth exists to serve humans, which most secular humanists share. There is the claim of religious authorities, also made by atheist regimes, to decide how people can express their sexuality, control their fertility and end their lives, which should be rejected categorically. Nobody should be allowed to curtail freedom in these ways, and no religion has the right to break the peace.

The attempt to eradicate religion, however, only leads to it reappearing in grotesque and degraded forms. A credulous belief in world revolution, universal democracy or the occult powers of mobile phones is more offensive to reason than the mysteries of religion, and less likely to survive in years to come. Victorian poet Matthew Arnold wrote of believers being left bereft as the tide of faith ebbs away. Today secular faith is ebbing, and it is the apostles of unbelief who are left stranded on the beach.

But note, if even atheistic humanism is merely watered down religion—in other words,  if even that form of humanism must go because its belief in human importance is somehow oppressive—this course will lead to the loss of the entire Western liberal tradition.  If humans cease to have equal instrinsic value, if our duties to protect each others’ lives come to be seen as tyranny, the ground for maintaining universal human rights disappears.