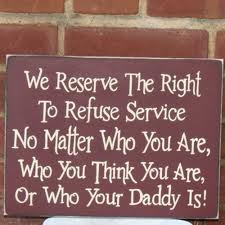 I posted yesterday about a complaint filed by Planned Parenthood against a pharmacist who had refused to dispense anti bleeding medication, allegedly because she thought it followed an abortion. I wrote that based on the criteria I have proposed—not Idaho law—the refusal would not be a proper conscience clause application.  That post has had a lively and interesting reaction among the SHS commentariat.

In the real case, the pharmacist was cleared by the Idaho Pharmacy Board because in Idaho—conscience objection or not—there is no legal duty to dispense prescribed medications.  From the story:

The Idaho Board of Pharmacy will not take action against a Nampa pharmacist who refused to fill a prescription ordered by a Planned Parenthood nurse. In a letter issued Thursday, Executive Director Mark Johnston wrote that the board had concluded its investigation into the incident and found no violations of state laws the board is tasked with enforcing.

In a complaint to the board, Planned Parenthood officials said the Nampa Walgreens pharmacist improperly used the state’s conscience law to refuse to fill a prescription for Methergine, a medicine used to prevent or control bleeding of the uterus following childbirth or an abortion. But according to the Board of Pharmacy’s response, the Idaho Pharmacy Act does not require a pharmacist to fill a prescription. Even if the conscience law was used incorrectly, the pharmacist did not violate the Idaho Pharmacy Act by refusing to fill the prescription, the board found. In response to Planned Parenthood’s assertion that denying the prescription could have placed the patient in grave danger, the board said no such danger was realized because the medicine was obtained elsewhere.

I don’t know what pharmacist ethics state about the requirement to dispense.  Doctors don’t have to take a patient, but have fiduciary duties once they do.  I wonder if the same is true of a pharmacist.

On a broader level, the exoneration raises an interesting question: Should pharmacists be legally and/or ethically required to fill a legal prescription? The relationship between a pharmacist and patient is far less personal than between a physician and a patient.  Thus, on first impression, and given how much people rely on prescribed medications, I think yes—with two exceptions:

- The first is a professional refusal, for example, the medication would react adversely with other medications the patient is taking or the dose is improper.

- The second would be a conscience refusal, as discussed yesterday.

Of relevant interest, I have now reviewed the Idaho law in question.  It is similar in many ways to my conscience criteria, but broader—with a near absolute conscience protection except in life threatening situations. From a summary of conscience laws and regulations:

No health care professional shall be required to provide any health care service that violates his or her conscience.

That being so—and if there is no legal duty to dispense anyway—PP’s complaint didn’t have a chance.  I think they raised the ruckus for political purposes—perhaps outside of Idaho.
0
Print
Email
Prev Article
Next Article