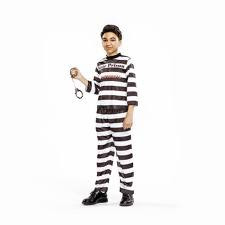 This is very scary.  Scientists claim that brain scans can identify potential future criminals.  From the story:

More researchers believe that violent tendencies have a biological basis and that tests and brain imaging can pick them up in children. They argue that, by predicting which children have the potential to be trouble, treatments could be introduced to keep them on the straight and narrow. If the tests are accurate enough then a form of screening could be introduced in the same way we test for some diseases.

The theories were put forward by two leading criminologists at the American Association for the Advancement of Science in Washington. Prof Adrian Raine, a British criminologist, argued that abnormal physical brain make-up could be a cause of criminality, as well as helping to predict it. His studies have shown that psychopaths and criminals have smaller areas of the brain such as the amygdla and prefrontal cortex, both of which regulate and control emotion and behaviour. He also believes that a lack of conditioning to fear punishment, which can be measured in toddlers before disruptive behaviour is apparent, could also be a strong indicator...Dr Raine said he acknowledged the ethical implications of treating children before they had done anything wrong, but argued that “biological” causes of crime could not be ignored.

No. No. No. We should never treat a child as a pre criminal when they haven’t done anything wrong. Indeed, doing so could lead to criminality.  Nor should we experiment on children with scans and following their histories and the like.  This is just a new form of eugenics.  The science may or may not be accurate, but if people can’t see the danger in such an approach, they don’t know their history.

As we have discussed here before at SHS, we also should never get to the place that a criminal can get off because “my brain structure made me do it.”  A propensity, even if it exists, does not exterminate free will. We are not automatons.
0
Print
Email
Prev Article
Next Article