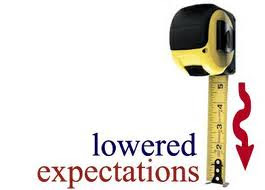 My pal Joseph Bottum has a disturbing piece in the Weekly Standard about the abortion abattoir in PA that I also discussed here at SHS.  I don’t want to revisit the details of that carnage, but want us to focus instead on the lower standards of regulation and/or professionalism required of abortion providers and doctors who participate in euthanasia or assisted suicide.

First, Bottum describes the filth and the lack of sanitation.  Then he gets into why such a disaster zone was allowed to exist for decades, which he describes as meeting “third world” standards.  From Bottum’s “To Live and Die in Philadelphia:”

Pennsylvania may not be a third-world country, but its abortion mills—like those in most other states—really are reminiscent of one: free and independent entities, uniquely exempt from supervision and regulation, carved out from the rest of medicine. Every other kind of doctor is weighed down by record-keeping and inspection requirements. Abortionists alone are free. “Pennsylvania’s Department of Health has deliberately chosen not to enforce laws that should afford patients at abortion clinics the same safeguards and assurances of quality health care as patients of other medical service providers,” the Gosnell grand jury explained. “Even nail salons in Pennsylvania are monitored more closely for client safety.”

The reason, of course, is what such medical practices involve. Ever since the Supreme Court issued its Roe v. Wade decision in 1973, ending states’ power to outlaw abortion and making it instead an individual right, abortion has distorted American law and snarled American politics. Why should it be any surprise that it has soiled American medicine as well? People like Dr. Gosnell are allowed to exist by the pro-abortion lobbying groups that insist ordinary medical supervision will lead to a curtailing of access to abortion in this country.

I have noticed the same paradigm—without the lack of sanitation—in the Netherlands, around euthanasia.  Whenever a doctor engages in termination without request or consent” (non voluntary euthanasia), and is called to legal account (very rare), the Dutch Medical Society goes ballistic because enforcing the law—technically euthanasia must be voluntary after repeated requests or it is murder—will “chill” medical practice.  Here’s a case that I discussed in Forced Exit (citations omitted):

Any pretense of control and “limits” are evaporating before our very eyes.  In 2000, a Dutch doctor was found to have acted properly when he euthanized an 86 year-old man healthy man who wanted to die because he was “living a pointless and empty existence.”  The man was depressed about his “physical decline” due to aging and the deaths of friends.  In other words, the euthanasia was justified based on the social decline of the patient.  Despite this, the doctor was acquitted of any crime, the court ruling that the man’s “hopeless existence” justified the euthanasia. In 2003, this was overturned by the Dutch Supreme Court, but the Court also ruled that the violation was “so minor that any form of punishment would be inappropriate.”

Many Dutch physicians were furious at the Supreme Court’s ruling [convicting the doctor], and in response, the Royal Dutch Medical Association sponsored a study of whether and how to permit euthanasia for patients without a specific physical or psychological diagnoses.

We Americans have no cause to look down our noses at the Dutch.  We countenanced Jack Kevorkian assisting suicides of patients even though he had lost his medical licenses and, as a pathologist who hadn’t treated a living patient since his residency in the 1950s, he would have been utterly incompetent to treat the people he helped kill.  And now, he has been remade via revisionist history into the moral equivalent of a harmless Muppet.

Similarly, Oregon and Washington’s assisted suicide laws set a lower standard of professional performance required of doctors who prescribe to kill over those who prescribe to treat.  Rather than having to live up to the usual standards of care required of physcians, death-prescribing doctors can only be held to professional and performance account if they fail to act in “good faith,” an extremely low and mostly subjective threshold.

So, here’s the moral of the story: When medicine is transformed into a killing enterprise, we expect less of the doctors who so engage.  Perhaps that is because with rare exceptions (therapeutic abortion), it isn’t really medicine.  And those who want to ensure that doctors will be willing to make death happen, aren’t particularly concerned with the professionalism required in every other medical situation.
0
Print
Email
Prev Article
Next Article