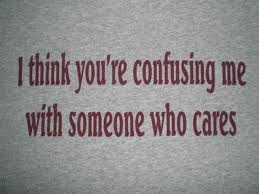 The NHS is a single payer system, albeit unlike in the USA and many other nations, fully socialized. To put it mildly: It. Is. A. Mess.

When economics strain single payer systems, the marginalized and most expensive for which to care are the ones who usually suffer the most. We see that paradigm playing out in the very poor treatment many elderly receive in the NHS.  From the story:

A study of pensioners who suffered appalling treatment at the hands of doctors and nurses says that half were not given enough to eat or drink. One family member said the maltreatment amounted to “euthanasia”. Some were left unwashed or in soiled clothes, while others were forgotten after being sent home or given the wrong medication. In several cases considered by the Health Service Ombudsman, patients died without loved ones by their sides because of the “casual indifference” of staff and their “bewildering disregard” for people’s needs. The damning report warns that extra money will not help the NHS meet required standards of care and that more problems are likely as the population ages.

Ann Abraham, who as health ombudsman carries out independent investigation of complaints against the health service, said: “The findings of my investigations reveal an attitude – both personal and institutional – which fails to recognise the humanity and individuality of the people concerned and to respond to them with sensitivity, compassion and professionalism. “The reasonable expectation that an older person or their family may have of dignified, pain-free end of life care in clean surroundings in hospital is not being fulfilled. Instead, these accounts present a picture of NHS provision that is failing to meet even the most basic standards of care.”

There are several morals to this story. Foremost—as noted in the quote above—bioethicists and administrators need to focus continually on human exceptionalism and universal human equality.  Alas, bioethics—particularly in the UK—has taken a decidedly utilitarian turn in which “quality of life” judgmentalism is rampant.  In such a milieu it becomes all too easy for hard pressed medical professionals to see the feeble and profoundly disabled as “the other,” people who make their work more difficult and emotionally taxing. That isn’t the intent, to be sure. But I think it is an effect, which a patients’ rights advocate noted:

Katherine Murphy, of the Patients Association, said: “Attitudes need to change. Older patients need to be treated with respect and compassion, not as an inconvenience. It is a sick joke that we have an NHS constitution that tells us what rights we have when being treated by the NHS – but it is clear that to the majority of older patients it is not worth the paper it is written on.”

The NHS’s agonies are also a warning against the U.S. system from ever falling prey to the seduction of a system-wide single payer approach.  Our existing single payer programs, such as Medicaid and Medicare, demonstrate that taxpayers can’t fund everything. (Medicare only pays for about 50% of care, which is about right—although I think we should do means testing to increase co-pays and premiums for those who can afford it.)  But Medicaid usually tries to provide very broad coverage.  We can’t afford it and will need to triage what taxpayers have to pay to ensure that we don’t balance budgets on the backs of those who need care the most—as we see happening now.

Yes, of course that is rationing!  That’s what you get with single payer health care. Which is why I think we should look into reforms that fundamentally rethink how we provide health care for the poor.  These can include a mix of approaches including community based clinics to provide basic needs combined with vouchers for private insurance to pay for more expensive care, perhaps with government (I am thinking aloud here) on the hook in catastrophic cases.