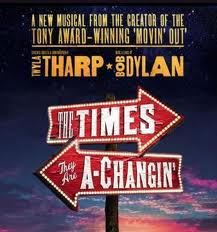 Polls have shown that the country is becoming generally more “pro life.”  (Let’s not quibble about how that is defined.)  Frances Kissling, a notable abortion rights activist, writes in the Washington Post that pro choicers need to change their tune if they don’t want their movement to “lose ground entirely.”  And she makes some rather startling admissions.  From her piece, “Abortion Rights are Under Attack—and Pro Choice Activists are in a Time Warp:”

We can no longer pretend the fetus is invisible. We can no longer seek to banish the state from our lives, but rather need to engage its power to improve women’s lives. We must end the fiction that an abortion at 26 weeks is no different from one at six weeks.  These are not compromises or mere strategic concessions, they are a necessary evolution. The positions we have taken up to now are inadequate for the questions of the 21st century. We know more than we knew in 1973, and our positions should reflect that.

The fetus is more visible than ever before, and the abortion-rights movement needs to accept its existence and its value. It may not have a right to life, and its value may not be equal to that of the pregnant woman, but ending the life of a fetus is not a morally insignificant event. Very few people would argue that there is no difference between the decision to abort at 6 weeks and the decision to do so when the fetus would be viable outside of the womb, which today is generally at 24 to 26 weeks. Still, it is rare for mainstream movement leaders to say that publicly. Abortion is not merely a medical matter, and there is an unintended coarseness to claiming that it is.

We need to firmly and clearly reject post-viability abortions except in extreme cases. Exceptions include when the woman’s life is at immediate risk; when the fetus suffers from conditions that are incompatible with a good quality of life; or when the woman’s health is seriously threatened by a medical or psychological condition that continued pregnancy will exacerbate. We should regulate post-viability abortion to include the confirmation of those conditions by medical or psychiatric specialists. Those kinds of regulations are not anti-woman or unduly invasive. They rightly protect all of our interests in women’s health and fetal life.

This doesn’t mean she is pro life, by any stretch. Most abortions occur at around 2-3 months.  She calls for compromise—such as allowing the state to pay for early term abortions. Pro lifers can’t go there because they see unborn life as fully equal.

Still, this much seems undeniable: The long years of pro life advocacy have had an impact.  The times, they are a-changing.
0
Print
Email
Prev Article
Next Article