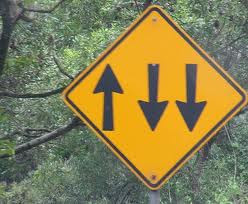 The continuing legal and political revolt against Obamacare is remarkable.  I am particularly struck by the refusal by more than half the states to cooperate with the law and/or seek to invalidate it in court.  I don’t recall a federal law attacked by the states in such a concerted manner.

President Obama is tactically retreating.  For example,  he will tell the Governor’s Association that he will allow them to ask for an opt out of some Obamacare state requirements three years earlier than planned.  From the story:

Seeking to appease disgruntled governors, President Obama plans to announce on Monday that he supports amending the 2010 health care law to allow states to opt out of its most burdensome requirements three years earlier than currently permitted. Senior administration officials said Mr. Obama would reveal to the National Governors Association in a speech on Monday morning that he backs legislation that would enable states to request federal permission to withdraw from the law’s mandates in 2014 rather than in 2017. The earlier date is when many of the act’s central provisions take effect, including requirements that most individuals obtain health insurance and that employers of a certain size offer coverage to workers or pay a penalty...

The legislation would allow states to opt out earlier from various requirements if they could demonstrate that other methods would allow them to cover as many people, with insurance that is as comprehensive and affordable, as provided by the new law. The changes also must not increase the federal deficit. If states can meet those standards, they can ask to circumvent minimum benefit levels, structural requirements for insurance exchanges and the mandates that most individuals obtain coverage and that employers provide it. Washington would then help finance a state’s individualized health care system with federal money that would otherwise be spent there on insurance subsidies and tax credits.

That won’t cut it because the power would remain in the federal bureaucracy Blob.  If we are to ever get health reform finalized and move on, Obamacare has to be substantially re-envisioned and reconfigured.

But it is a big change.  And I think it reflects the president’s dawning understanding that he is likely to lose this fight.  Too bad he wasn’t more amenable to criticisms when he held the upper hand.  We might have had a law that could have helped the uninsured without centralizing standards of care and insurance into the federal government.
0
Print
Email
Prev Article
Next Article