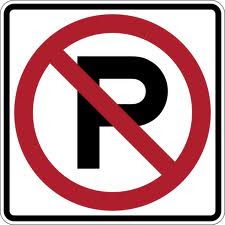 For all the faux screaming about Bush—which was mostly pure politics—the real financial impediment to ESCR has been the patenting question. And now, the European Court of Justice has dealt a body blow to the sector. From the story:

The European Court of Justice today issued a preliminary opinion that procedures involving established human embryonic stem (hES) cell lines are not patentable. The opinion has wrong-footed stem-cell researchers, who had been expecting a less conservative judgement. “It’s the worst possible outcome,” says Oliver Brüstle, director of the Institute of Reconstructive Neurobiology at the University of Bonn in Germany, whose 1991 patent of a technique to generate nerve cells from established hES cell lines sparked the legal debate. Brüstle hopes that his patented work will eventually lead to the generation of nerve cells that could be used to repair damage to the brain or spinal cord.

I am not surprised by the reaction of the industry. For some reason, advocates for ESCR have acted as if this sector was different than other capitalistic ventures. The same political types who rail against, say, Big Pharma—have never had the same antipathy toward Big Biotech. (I have no antipathy to either.) But if patent issues stop the CURES! train, it busts the myth that Big Biotech’s agendas were somehow distinct from those of Big Pharama, Big Oil, and the like. In the end, people hope to do well financially by doing good.

The ruling may not be binding—I am not hep to the exact power of EU courts over national laws.  But be that as it may, in its reasoning on the ethical front, the court is spot on!

In his judgement, Bot concludes that pluripotent stem cells cannot be defined as embryos because “they are no longer capable of developing into a complete human being”. However, he adds that the embryonic source of pluripotent cells “cannot be ignored”. Bot argues that techniques involving hES cell lines are not patentable — even if the process in question does not involve the direct destruction of embryos — because they are tantamount to making industrial use of human embryos, which “would be contrary to ethics and public policy”.

The Supreme Court has recently been using foreign judgments to impact its opinions. If this is finalized, I wonder if the Supremes will hearken to it with regard to the pending appeal of President Obama’s ESCR funding policy, which a trial court has ruled illegal under federal law, precisely because the process of deriving ES cells unquestionably destroys human embryos.
0
Print
Email
Prev Article
Next Article