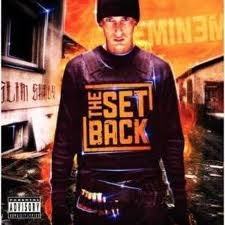 The futile care movement has been dealt another setback in the Baby Joseph case.  Baby Joseph, who is terminally ill, was to be forced off of life support by a Canadian hospital.  The parents asked for a tracheotomy so they could take him home under care to have extra months of life.  The hospital refused.  My initial position was that the futile care imposition was wrong, but I didn’t know whether or not the tracheotomy request refusal was wrong because of the medical issues involved.

Efforts of the parents to transfer the baby, I was told offstage, were impeded by the hospital, which if true, would demonstrate that this case really was an attempt at imposing bioethical hegemony as much as it was about caring for the welfare of Baby Joseph. In any event, the child was transferred to St. Louis—upsetting Peter Singer’s authoritarian utilitarian impulses.  And now, a tracheotomy has been performed—demonstrating, I think, that the Canadian hospital could have done the same and remained ethical in its care of Joseph.  From the story:

The baby’s parents had Joseph Maraachli, age 13 months, airlifted to Cardinal Glennon Children’s Medical Center in Missouri a week ago to continue treatments not recommended by other hospitals in Canada and the United States. Joseph suffers from Leigh Syndrome, a terminal progressive neurologic disease. The Canada hospital recommended returning him home on a breathing machine and “placing him in the arms of his family before withdrawing the machine.”

The tracheotomy was performed after an examination by doctors from Cardinal Glennon and the St. Louis University School of Medicine. “It is our hope that this procedure will allow Joseph and his family the gift of a few more months together and that Joseph may be more comfortable,” said Dr. Robert Wilmott, chief of pediatrics at the Glennon medical center. Tracheotomy patients routinely spend 7 to 10 days in pediatric intensive care after a tracheotomy. He is expected to be transferred to another pediatric facility in St. Louis, before returning to Windsor, Canada.

It strikes me that the Canadian hospital was engaged in ad hoc health care rationing.  The tracheotomy clearly was not medically inappropriate, but was based on the hospital trying to impose its institutional subjective values on the family.

Indeed, if extending the baby’s life was the goal, it would appear to have been medically called for.  But the hospital (and Singer) basically said that extending Joseph’s life was not a legitimate goal! That should frighten everyone.  Futile care theory alters the ultimate purpose of medicine—saving life—to determining which lives are worth saving.  Indeed, that is what futile care impositions are all about—refusing treatments not because they won’t work, but because they do or will.

The Ontarian Government should have to pay for this surgery—just as provinces do when Canadians fly to America for other medically appropriate treatments they can’t get in Canada.
0
Print
Email
Prev Article
Next Article