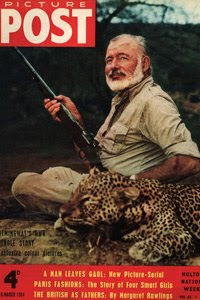 There is a story in the news about army soldiers on trial for murdering civilians in Afghanistan.  Awful, if true.  But this post focuses on something else.  The soldiers are accused of posing with the cadavers of those they killed—in much the same way that hunters often pose with the animals they have taken. From the story:

The U.S. Army has been forced to apologise over what they have deemed as ‘repugnant’ photographs of grinning American soldiers standing over bloodied and partially-naked Afghan bodies they had allegedly killed. The pictures were published by German news organisation Der Spiegel and were among 4,000 they have obtained.

So is it worse to pose with a dead human as if he or she were a hunting trophy?  I say yes.  Human bodies deserve respect as a way of honoring human dignity and the human life that late they led.

Animals don’t possess the same dignity.  This isn’t about whether hunting is right or wrong.  And no one supports killing innocent civilians, as alleged happened here.  It is about whether the posing with the bodies—human versus animal—is different.
0
Print
Email
Prev Article
Next Article