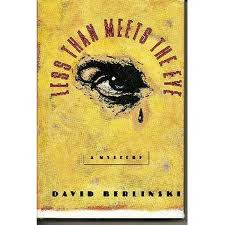 The ever shrinking and less informative doctor-prescribed death suicide statistics published by Oregon show that suicidal patients are almost never referred for psychological counseling (one last year and zero the year before).  So legislation has been introduced to require it.  From the legislation (changes to current law indicated by strike through line):

Forgive me if I am unimpressed.  Once the state legalized assisted suicide, a death inertia set in—to the point that the the term psychological “counseling” was redefined as a misnomer, because it isn’t treatment or counseling but a mere judgment of the ability to make and communicate the suicide decision.  And that won’t change if this becomes law. From the legislation:

So, even if this bill passed, the “counseling” still wouldn’t really be counseling—at least as the term is generally understood to be a process of treatment and mental health assistance—and the new legislation wouldn’t make it so, say, by requiring suicide prevention be applied, including the prescribing of anti depressants in medically appropriate cases.

But the so-called “protection” is more of a joke even than that.  Recall the expose by Drs. Kathleen Foley and Herbert Hendin of one “counseling” session in Oregon.  From their article in the Michigan Law Review:

He [the prescribing death doctor] stated that after talking with attorneys from the Oregon Medical Association and agreeing to help aid Joan in death, he asked Joan to undergo a psychological examination. The doctor reported that…”I elected to get a psychological evaluation because I wanted to cover my ass.” The doctor and the family found a cooperative psychologist who asked Joan to take the Minnesota Multiphasic Inventory, a standard psychological test. Because it was difficult for Joan to travel to the psychologist’s office, her children read the true-false questions to her at home. The family found the questions funny, and Joan’s daughter described the family as “cracking up”over them. Based on these test results, the psychologist concluded that whatever depression Joan had was directly related to her terminal illness, which he considered a completely normal response…

And remember, almost all assisted suicides in Oregon are facilitated by Compassion and Choices, who are not likely to refer to a psychiatrist or psychologist who was actually interested in preventing the suicide. So color me unimpressed.  This bill doesn’t change the ultimate problem: Assisted suicide is patient abandonment and all the so-called “protections” seeking to mitigate that ultimate truth are, at best, adding a bit of hoop jumping, but actually, would provide mostly unprotective veneer.

Don’t get me wrong. I am not against this bill.  In fact, I urge that it be amended to require real counseling. Even if not, I hope it passes.  But I doubt it will.  Expect the forces of doctor-prescribed death to oppose since it could be construed as baby step back.
0
Print
Email
Prev Article
Next Article