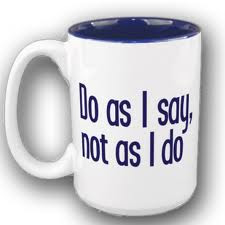 Whiplash! Representative Anthony Weiner (D-NY) has been fighting back ferociously against those bad opponents of Obamacare! From a Dana Milbank column in the Washington Post:

It is the first anniversary of the health-care law approached this week, many Democratic lawmakers went to ground, leaving unanswered Republican accusations that the legislation is socialist, unconstitutional, bankrupting the country, destroying the medical system and generally bringing about the apocalypse. But not Anthony Weiner. The New York congressman, a Brooklyn-born streetfighter, held six events Wednesday to defend the law. His message was, predictably, a collection of snappy comebacks to Republican accusations. But he also delivered a call to arms to his Democratic colleagues, who have been passive to the point of wimpy as Republicans press for repeal. “If Democrats believe it’s going to go away, they’re wrong,” the fast-talking Weiner said. “I don’t represent the hide-under-the-desk wing of the Democratic Party. I believe we’ve got to lean into this fight.”

What a stand up guy!  He’s not going to shrink from Obamacare.

Wait?  What’s that? He’s looking for a waiver from Obamacare for New York City as he ponders running for mayor? From the story in Politico:

Rep. Anthony Weiner said Wednesday he was looking into how a health law waiver might work for New York City. Weiner, who is likely to run for mayor of New York, said that because of the city’s special health care infrastructure, his office was looking into alternatives that might make more sense. Weiner is one of the health care law’s biggest supporters; during the debate leading up to reform, he was one of the last holdouts in Congress for the public option. “The president said, ‘If you have better ideas that can accomplish the same thing, go for it,’” said Weiner. “I’m in the process now of trying to see if we can take [President Barack Obama] up on it in the city of New York, … and I’m taking a look at all of the money we spend in Medicaid and Medicare and maybe New York City can come up with a better plan.”

That is hysterical!  “What a great law—but let my people out of it!”  Anthony Weiner: Obamacare Whiplash artist.
0
Print
Email
Prev Article
Next Article