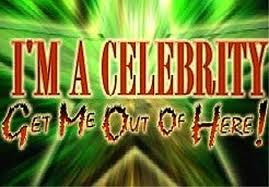 When the debacle called the Affordable Care Act—better known as Obamacare—was jammed down the collective throat in the most corrupt and dishonest legislative action I have ever seen—after the pro side lost the political debate in the country—supporters were self satisfied.  Just give it time, they told the country.  We’ll educate the people about the law and it will be our ticket to political success.

Wrong.  Obamacare was a very big factor in the Democratic rout in 2010.  And today, despite the law being in effect for a year, Obamacare has remained about the same in terms of popularity—with 59% opposed to the law.  Meanwhile, the Gallup Poll is showing negative movement in public attitudes toward the law, with 46% saying it’s a “good thing” Obamacare passed and 44% saying it is a bad thing—as compared to 49-40 a year ago. And now, more people think Obamacare will make things worse than better, in contrast to one year ago when it was the other way around.  And I note, this is before the worst parts of the law have gone into effect and have required the tactic of mass exemptions to prevent harm from the law being made clear before the 2012 election.

Meanwhile, the A-List BIG NAME sales force that was supposed to turn the public tide in favor of Obamacare has apparently become a coalition of the unwilling.  From the story in Politico:

Democrats are under siege as they mark the first anniversary of health care reform Wednesday — and they won’t get much help from the star-studded, $125 million support group they were once promised. Wal-Mart Watch founder Andrew Grossman unveiled the Health Information Campaign with great fanfare last June. Tom Daschle and Ted Kennedy’s widow, Vicki, were expected to lead the effort. They’d have help from former White House Communications Director Anita Dunn. They’d have an office in Washington with 10 or 15 operatives backing the Affordable Care Act and those who supported it. And they’d have money to spend: Grossman hoped for $25 million a year for five years.

But nine months later, the Health Information Campaign has all but disappeared. Its website hasn’t been updated since the end of last year. Its executive director and communications director are gone. There’s no sign that it has any money. And neither Daschle nor Dunn will return calls asking about it. Grossman laid out the plans for the campaign in an interview with POLITICO in June, saying the group hoped to add corporate representatives to its board and then win people over by speaking to them with “respect.”

“The law is in effect, and the best thing we can do now is explain it,” Grossman said then. But asked this week about the Health Information Campaign, Grossman declined to talk on the record.

That could be because the law is a disastrous mess and the luminaries are unwilling to stake their reputations on trying to sell it. In fact, former O-Care supporters—such as the CEO of Starbucks—have turned against it because it will hurt small business. 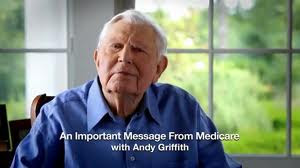