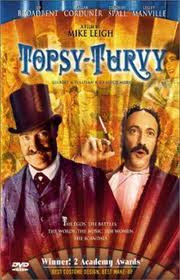 A Minnesota nurse who urged people to commit suicide over the Internet can’t defend himself based on free speech. From the story:

Freedom of speech is no defense for a former nurse who engaged in “lethal advocacy” when he encouraged an English man and Canadian woman to kill themselves after searching for depressed people over the Internet, a Minnesota judge said in delivering a guilty verdict against the man.

The judge found William Melchert-Dinkel, 48, guilty Tuesday of two counts of aiding the suicides of Mark Drybrough, 32, of Coventry, England, who hanged himself in 2005, and Nadia Kajouji, 18, of Brampton, Ontario, who jumped into a frozen river in 2008. Melchert-Dinkel declined a jury trial and left his fate to Rice County District Judge Thomas Neuville....”Melchert-Dinkel was not merely expressing ideas about suicide The court finds that defendant’s speech imminently incited the victims to commit suicide, and can be described as ‘lethal advocacy,’ which is analogous to the category of unprotected speech known as ‘fighting words’ and ‘imminent incitement of lawlessness,’” Neuville wrote.

But doctors and Compassion and Choices “counselors” can legally engage in “lethal speech” in Oregon and Washington—even though suicide isn’t really medicine and everybody knows it.  In fact, having a doctor “validate” your suicidal desire is more insidious than having a stranger do it on-line.  And I wonder where in the world Melchert-Dinkel could have come up with the idea of helping suicidal people exercise “choice?”  The world has gone topsy-turvy.
0
Print
Email
Prev Article
Next Article