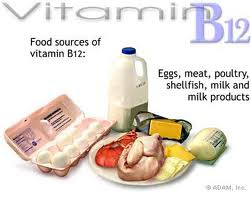 It is beyond reckless to permit ideology to endanger your baby’s health.  But that is what seems to have happened in France, where vegan parents have been charged with the neglect in the death by malnourishment of their baby. From the story:

Sergine and Joel Le Moaligou, whose vegan diet forbids consuming any animal product including eggs and cow’s milk, called the emergency services in March 2008 after becoming worried about their baby Louise’s listlessness. When the ambulance arrived at their home in Saint-Maulvis, a small village 150 kilometres (90 miles) north of Paris, the baby was already dead. The ambulance workers called the police because the child was pale and thin, weighing 5.7 kilos (12.5 pounds) compared to an average eight kilos for her age. The baby had only been fed on the milk of her mother, who was aged 37 at the time.

An autopsy showed that Louise was suffering from a vitamin A and B12 deficiency which experts say increases a child’s sensitivity to infection and can be due to an unbalanced diet. “The problem of vitamin B12 deficiency could be linked to the mother’s diet,” said Anne-Laure Sandretto, deputy prosecutor in the city of Amiens where the trial is taking place. The parents, who also have a 13-year-old daughter who did not suffer vitamin deficiencies, became vegan after seeing “a television programme about how cattle were taken to abattoirs,” said the mother’s lawyer, Stephane Daquo.

So, the veganism angle comes from an alleged lack of nutrients in the mother’s milk caused by her diet.  The only natural source of B12 is animal products, although synthetics and some yeasts are said to be adequate to the task.

People evolved/were designed/or were created to eat animal products.  Yes, with supplements and careful planning, veganism can be a healthful diet.  Note the need for supplements and careful planning. Moreover, many authorities warn against veganism for babies and women who are pregnant or nursing when Vitamin B 12 deficiency can be an acute risk. This tragic case illustrates why.

(There is more here to the story than the veganism.  The couple did not follow doctor’s advise in caring for the child, preferring self help remedies.  But the veganism appears to have caused the initial problem.)
0
Print
Email
Prev Article
Next Article