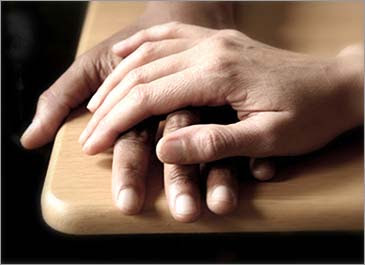 Dr. Diane Meier was once a vocal proponent of assisted suicide.  She is one of the nation’s top palliative care experts—along with Dr. Kathleen Foley.  Here are her credentials: she was a winner of a McArthur (genius) Fellowship and Director of the Center to Advance Palliative Care (CAPC), Director of the Lilian and Benjamin Hertzberg Palliative Care Institute; Professor of Geriatrics and Internal Medicine in the Brookdale Department of Geriatrics and Palliative Medicine; and Catherine Gaisman Professor of Medical Ethics in the Department of Medicine at Mount Sinai School of Medicine in New York City.

Some years back, Meier saw the light and wrote a piece in the New York Times reversing herself on assisted suicide, and while she is not an activist in the sense that I am against that doctor prescribed death agenda, she tells it like it is when asked. Apparently she was the key presenter at a palliative care conference and was asked about assisted suicide. From the transcript:

Questioner: If we had a fully implemented palliative care model in this country, working as we think it should be working. . .Is there a need for policies . . . such as “Death with Dignity”?  Is there a correlation or relationship between those two, – some people would say, you don’t need Death with Dignity if you have a good palliative care model.  I was curious as to your thoughts on that.

Dr. Diane Meier: I, as a young person, was strongly in favor of legalization of assisted suicide. I think I was somewhat naïve at the time, you know, kind of doctrinaire about my commitment to patient self-determination and patient autonomy. And as I got a bit older and had more experience taking care of patients and families, and realizing that autonomy was not really relevant to the human condition – We are all parts of families and parts of communities and critically dependent on one another in ways that notions of self-determination and autonomy pretend don’t exist...

This is an important point. Often assisted suicide advocates act as if a suffering and despairing person can cooly and rationally choose doctor prescribed death as they might choose between a Dell or an Apple computer.  But it isn’t like that.  These are very emotional times, with ups and downs, ins and outs, and around and throughs.  Moreover, what our decisions are not taken in a vacuum.  They impact others, who the suicidal person may not even know, and the views of others—particularly family and doctors—can exert a huge influence on the patient.

I don’t know how many of you saw the Bill Moyer’s series “On Our Own Terms: Dying in America”? I don’t know if you remember that patient with Lou Gehrig’s disease whose wife was taking care of him and Moyers went back repeatedly, and the first time he said, “Well, if I’m in a wheelchair all the time, that’s it, I’m outta here.” So, Moyers goes back six months later, he’s fulltime in a wheelchair, he can’t do anything for himself, and, “It’s okay.” Then he says, “Well, if I have to get to a point where my wife has to change me and bathe me and I can’t take care of my own business, I’m outta here.”  He goes back six months later, that’s exactly what he needs and life is still worth living. Because people adjust, people are remarkably resilient.  And life is precious, and your vision of what’s worth tolerating changes.

Yes, people adjust.  People may want to die today, next week, or next month.  But they often change their minds—as my last hospice patient Bob Salamanca did during his struggle with ALS  But if they get the pills before that, if they take prescribed suicide before they “come out of the fog” in the once suicidal Bob’s words, those who helped will have cheated the patient out of that continuing life that would have been, as applaud themselves for being “compassionate.”  Back to Meier:

And legalization of physician assisted suicide in a society like ours, which is entirely driven by overwhelmed, overextended doctors chasing the dollar, is pretty scary – because the patients who might opt for this are the ones who really need thoughtful, extended conversations about what is motivating you to want to die at this point, and the differential diagnosis is long. And I can promise you that the overwhelming majority of doctors have neither the training nor the time to engage in that kind of careful discussion with seriously ill patients. And I do believe that real access to palliative care that is timely, that is high quality, would essentially eliminate the need for that and the fear that drives people to vote for these ballot measures.

Which is why in Oregon, most assisted suicides are facilitated by Compassion and Choices, and many doctors have known their “patients” for two weeks or less before death.  It is ideological, not medical.  Assisted suicide is bad medicine and even worse public policy.
0
Print
Email
Prev Article
Next Article