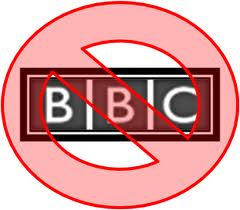 The BBC will soon play a video of an assisted suicide—narrated by a famous euthanasia advocate—that took place in one of the Swiss suicide clinics.  This isn’t the first time such a thing has been done in the UK.  And of course, in the USA ,the pro euthanasia advocate Mike Wallace allowed Jack Kevorkian to narrate a video he took of himself murdering Thomas Youk with a lethal injection.  The result was nearly 10 (too short) years in the hoosegow for Kevorkian—but not to worry, you K fans—the  amnesiac media has turned him into a harmless Muppet and Al Pacino played him in a fictional hagiography.

The anti assisted suicide lawyer Margaret Dore notes that by playing such videos, the media endanger other suicidal people, and thereby, promote suicide.  That’s not just her opinion, but comes directly from the World Health Organization’s Preventing Suicide: A Resource for Media Professionals.  From the Resource:

One of the earliest known associations between the media and suicide arose from Goethe’s novel Die Leiden des jungen Werther (The Sorrows of Young Werther), published in 1774. In that work the hero shoots himself after an ill-fated love, and shortly after its publication there were many reports of young men using the same method to commit suicide. This resulted in a ban of the book in several places (1). Hence the term “Werther effect”, used in the technical literature to designate imitation (or copycat) suicides.

Other studies of the media’s role in suicide include a review going back to the last century in the United States (2). Another famous and recent case concerns the book Final Exit written by Derek Humphry: after the publication of this book, there was an increase in suicides in New York using the methods described (3). The publication of Suicide, mode d’emploi in France also led to an increase in the number of suicides (4). According to Philips and colleagues (5), the degree of publicity given to a suicide story is directly correlated with the number of subsequent suicides. Cases of suicide involving celebrities have had a particularly strong impact (6). Television also influences suicidal behaviour. Philips (7) showed an increase in suicide up to 10 days after television news reports of cases of suicide. As in the printed media, highly publicized stories that appear in multiple programmes on multiple channels seem to carry the greatest impact - all the more so if they involve celebrities.

To prevent one suicide from leading to others, the WHO suggests:

WHAT NOT TO DO
• Don’t publish photographs or suicide notes.
• Don’t report specific details of the method used.
• Don’t give simplistic reasons.
• Don’t glorify or sensationalize suicide.
• Don’t use religious or cultural stereotypes.
• Don’t apportion blame.

By playing the suicide, and allowing a pro assisted suicide advocate to tell the story of the suicide, the BBC did what it isn’t supposed to, and failed to do what it should to prevent more suicides. Indeed, I don’t think there is much doubt that media sensationalism in the UK, have pushed suicide tourism to Switzerland.  And this, my friends, is how the media too often are cheer leaders for suicide.
0
Print
Email
Prev Article
Next Article