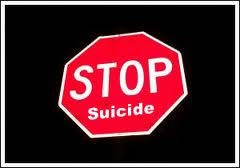 The Phoenix case of the mentally ill woman assisted in suicide by Final Exit Network zealots—what else would you call people who aided a mentally ill person kill themselves with helium instead of calling in suicide prevention?—ended in a not guilty verdict for the distant leader of the activists, and a hung jury about the guilt of the on site suicide “counselor.”  This, after two guilty pleas earlier in the case.  From the story:

An Arizona jury on Thursday acquitted a doctor of manslaughter charges in the suicide of a Phoenix woman who authorities say had help killing herself. Dr. Lawrence Egbert, who also is indicted in Georgia on charges that he helped a man with cancer there kill himself, was one of four people charged by Arizona authorities in Jana Van Voorhis’ death. Jurors could not reach a verdict for a co-defendant, Frank Langsner.

Authorities say the four were part of a Georgia-based right-to-die organization called Final Exit Network, which has been investigated by the FBI and authorities in Arizona and seven other states. Maricopa County prosecutors said the other two defendants in the case — Wye Hale-Rowe and Roberta Massey — had pleaded guilty to one count of facilitation to commit manslaughter and agreed to testify in the case. Authorities believe Van Voorhis placed a plastic hood over her head that was hooked up to helium tanks. She was found dead in her Phoenix home on April 15, 2007. Prosecutors said Van Voorhis was not terminally ill at the time of her death, but suffered from mental-health issues and depression.

I don’t know if this tells us anything or not.  It could be the evidence wasn’t strong enough for a conviction beyond a reasonable doubt for the acquitted FEN activist, who wasn’t present at the death.  Or, it could be that the jury took pity on the defendant’s, who I believe, are all in their 80s.  Or, I am afraid, this could be a rearing up of the Kevorkian Effect—that people are so now into killing and suicide being an acceptable answer to human suffering, that they will not enforce the law unless the dead person was someone they don’t think should have died.  And of course, as I noted the other day, the jury was not allowed to learn about the decedent’s mental illness.
In any event, when societies refuse to protect their most vulnerable and at risk members from suicide and/or homicide, those in such circumstances (and those who love them) have much to fear.  These anti sufferer attitudes won’t just play out with the shrugging off of illegal assisted suicides.

This much seems sure to me: The work of suicide prevention is made far more difficult by dedicated pro suicide zealots and a media that tend to boost assisted suicide as “compassion.”  Society is sending despairing people a message that suicide is okay.  That’s the last thing they need to hear.
0
Print
Email
Prev Article
Next Article