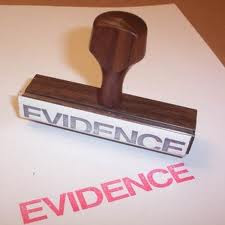 One of the things that disheartened me about the law—to the point that I quit a successful trial practice—was that the rules of evidence almost as often kept the truth out as prevented falsehoods from coming in to the court’s/jury’s consideration.  And that seems to have happened in the Final Exit Assisted Suicide trial that involved the death of a mentally ill woman.  Only the jury was not told she was mentally ill.  From the story:

One point worth noting as the jurors begin to deliberate: For legal reasons, they never learned that Van Voorhis was not seriously physically ill when she committed suicide, but was suffering from long-term mental illness.

I am not saying that the judge made the wrong decision under the law in this case.  I have no idea.  I am saying that the jury is going to its deliberations without the full truth, and indeed, facts relevant to the intent of the defendants and the state of mind of the person they are accused of committing manslaughter against.  It is discouraging to me how often that is the case.
0
Print
Email
Prev Article
Next Article