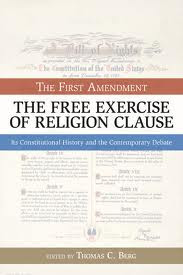 An attempt by the State of Illinois to force pharmacists to dispense emergency contraceptives against their personal religious beliefs has been thwarted by an Illinois Circuit Court.  This is an important case because of its potential U.S. Constitutional implications as its potential impact the broader medical conscience issue going forward.

First, the court ruled that the plaintiffs have a sincere religious objection to contraception.  Then, it found that a state regulatory rule was designed to impede religious conscience objections to the dispensing of contraception—indeed to the point that former Governor Blagojevich once said that pharmacists who don’t want to dispense contraceptives should find another profession. He isn’t alone.  When the Bush conscience clauses were promulgated—since revoked by Obama—the St. Louis Post Dispatch advocated wielding the same choose-your-conscience-or-your-profession coercion  at medical professionals generally.

Back in Illinois, the court was unequivocal: Unconstitutional!  Against statutory Illinois law!  Enjoined!  From the decision in Morr-Fitz, Inc. vs. Blagojevich (citations omitted):

The Rule violated Plaintiff’s rights under the [Illinois Healthcare Right of] Conscience Act, which was designed to forbid the government from doing what it aims here: coercing individuals or entities to provide healthcare services that violate their beliefs.  The distribution of contraceptives by pharmacists and pharmacies clearly falls within the reach of the Act. Plaintiffs and pharmacies have memorialized their opposition to selling these drugs in ethical guidelines and governing documents.  The government cannot pressure them to violate their beliefs.  The government may certianly promote drug access, but the Act requires them to do so without coercing unwilling providers...

Plaintiffs have established the existence of a substantial burden on their religion as to all versions of the Rule.  The government has not carried its burden of proving that forcing participation by these Plaintiffs is the least restrictive means of furthering a compelling interest.  The government conceded that the Rule is inapplicable to doctors, nurses and hospitals, despite admitting refusals by these parties would cause the same harm as refusals by pharmacists...These are facts in direct contrast to the government’s compelling interest argument.

Those laws are unique to Illinois.  But the case, if it stands up on appeal, could have a wider impact since the court also found a violation of the constitutional rights of the pharmacists under the First Amendment’s protection of the “free exercise of religion:”

The evidence at trial established a Free Exercise violation because the Rule is neither neutral nor generally applicable. The Rule and its predecessors were designed to stop pharmacies and pharmacists from considering their religious beliefs when deciding whether to sell emergency contraceptives. The record evidence demonstrates the Rule and all prior rules were drafted with pharmacists and pharmacy owners with religious objections to selling emergency contraceptives in mind. This lack of neutrality requires a strict scrutiny test be applied to this rule...and fails that test for reasons set forth above.

This judge was clearly correct that rules of this kind are aimed at impeding medical professionals from adhering to their own religious beliefs when they conflict with the choices of patients.  Some courts pretend otherwise—but that is just a way of avoiding the clear First Amendment implications of such laws and regulations. For example, under similar circumstances, a Ninth Circuit Court of Appeals ruled in favor of the State of Washington, but then, the state unexpectedly backed off and stated it would rewrite the rule, a process that is still ongoing.

The controversy over medical conscience is only going to grow more cacophonous, and not just over prescribed contraception.  Medical procedures and prescriptions increasingly involve the intentional taking of human lives—as in abortion, assisted suicide and potential future embryonic stem cell based treatments.  In such a milieu, Hippocratic Oath believing medical professionals could indeed be forced out of their careers by laws requiring them to comply with patient demands—as some media and medical organizations desire.  In the end, the U.S. Supreme Court will probably decide whether conscience laws and/or the First Amendment will protect these dissenters, or the state will be allowed to force them to serve the emerging cultural imperative.

Expect the ultimate decision in about 10 years.
0
Print
Email
Prev Article
Next Article