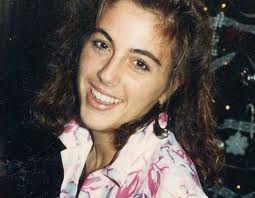 This is nice. But first, a little background.

One of the fights in the Terri Schiavo case involved attempts by the family to obtain rehabilitation for her, which she had not received for years before her death.  The family had declarations from very well regarded rehab experts who stated under penalty of perjury that they thought Terri could be improved.  From my Weekly Standard piece, “Life, Death, and Silence:”

But it is a matter of court record that many doctors and medical therapists who specialize in rehabilitating people with profound cognitive disabilities have testified that Terri’s condition can possibly be improved. This includes board certified neurologists and reputable speech therapists, such as Sarah Green Mele from the world-renowned Rehabilitation Institute of Chicago. Indeed, Mele stated in an affidavit that Terri would, “within a reasonable degree of clinical probability, be able to improve her ability to interact with her environment, communicate with others, and control her environment if she were given appropriate therapy and training . . .”

But since the judge sided with Schiavo’s experts, the media has acted as if that settles the matter. But this isn’t akin to a situation of “he said / she said.” We don’t have to believe one side over the other. There is a simple way to find out for sure whether Terri can be improved: allow her to receive therapy for six months and then take another look. Too bad the media generally refuses to report that Judge George Greer of the Sixth Judicial Circuit Court in Clearwater, Florida, won’t permit that.

What would the attempt have hurt?  Nothing.  Than why not try?   Because (in my view), Judge Greer was not going to let anything get in the way of his determination that she be dehydrated, because he thought it was best for all concerned.  If she had actually improved, the game would have changed materially.

Now, a new state of the art rehabilitation center is being dedicated to the memory of Terri Schiavo.  From the press release:

Beginnings Community Center of Medford, NY, will be dedicating their center to the memory of Terri Schindler Schiavo. New Beginnings is a state of the art outpatient rehabilitative facility for Veteran’s, Traumatic Brain Injury Survivors and other cognitively and physically disabled persons. It is designed to provide rehabilitation, management and recovery services in an exceptional, stimulating and safe environment. “We are dedicating New Beginnings Community Center in Terri Schindler Schiavo’s memory,” said Allyson Scerri, New Beginnings Founder and President. “This is our way of honoring Terri’s memory, her battle for proper treatment as a cognitively disabled person, and all others who did not have the chance for rehabilitation,” she added.

“We are truly blessed by the vision of New Beginnings Community Center. We believe that this grand opening will set an example for health care facilities across the country to begin to fully understand that just because someone experiences a cognitive disability, and their physical appearance may change, their human dignity does not,” stated Bobby Schindler, Executive Director of Terri’s Life & Hope Network and brother of Terri Schiavo. One of the goals at the Terri Schiavo Life & Hope Network is to partner with care centers that provide assistance for brain injured individuals and support for their families.

Needless to say, the family is thrilled.  And I am thrilled for the family.
0
Print
Email
Prev Article
Next Article