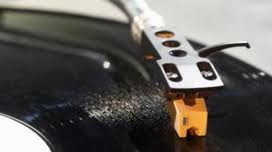 Obamacare begins the process of centralizing healthcare in America by giving multiple bureaucracies the power to create standards of care and insurance coverage. That’s just the opening stanza of a longer concert that could one day culminate in a rigid system of bureaucratized centralized planning. And what a disaster that would be.

Once again, the NHS shows us the path not to take.  Not only are there terrible waits for care, but less sick people are often given priority in the daily surgery over those in more immediate need to meet bureaucratically imposed checklists. From the story:

The most seriously ill patients in the NHS have become the victims of “neglect” as surgeons are forced to focus on hitting waiting list targets for pre-planned operations, leading emergency doctors warn. In a letter to The Daily Telegraph, the presidents of the Royal College of Surgeons, the College of Emergency Medicine and other leading medical associations call on ministers to redress the balance to ensure that such patients receive “the highest levels of supportive care”.

They argue that while the NHS has succeeded in reducing waiting times for pre-planned operations in recent years, this has come “at the cost of relative neglect of the needs of the patients admitted as emergencies”. Often, those in greatest need are having their surgery “squeezed in at the end of the day”, they say. “Surgeons know the service could be much better,” they write. Cutting waiting times became a priority for the NHS after Labour came to power in 1997 with a pledge to take 100,000 patients off the waiting lists..

In today’s letter, the doctors write: “In many surgical departments the on-call team is not freed from other commitments and has elective operating lists and clinics, leaving emergency patients to be squeezed in at the end of the day.” In addition, such patients are often sent to “inappropriate wards” where their needs cannot be properly met. They write: “People presenting to hospital with potentially life-threatening problems are entitled to receive the best possible treatment, right from the start of their hospital stay.”