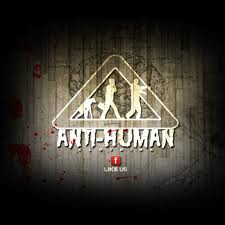 Van Jones would still be the “Green Czar” in the Obama Administration if he hadn’t been caught on tape claiming that 9/11 was an inside job.  Thus, it is very great cause for concern on several levels that he has jumped on the radical “rights of nature” concept that would put fungus, viruses, mosquitoes, and granite on a par with human beings.  From the story:

Van Jones, the Obama administration’s controversial former “green jobs czar,” has found a new calling: helping to push for a new, global architecture of environmental law that would give Mother Nature the same rights status as humans. The new movement is almost certain to be showcased at a U.N.-sponsored global summit on “sustainable development” to take place in Rio de Janeiro in May 2012, when similar issues of “global environmental governance” are a major focus of attention...

Jones is taking up the challenge as one of the newest board members of an obscure San Francisco New Age-style organization known as the Pachamama Alliance, which has been creating a global movement to make human rights for Mother Nature an international reality — complete with enforceable laws — by 2014. The Rio summit will create an important midpoint for that campaign. Jones joined the alliance’s board last December, shortly after the organization announced creation of the Global Alliance for the Rights of Nature to carry the concept around the world—and install it not only in international law but in the statutes of communities and municipalities across the U.S...Also, according to a recent posting by the Pachamama Alliance, the Ecuadorian foundation has forged a strong relationship with the United Nations Development Program (UNDP), the U.N.’s flagship anti-poverty arm, as an official monitor of UNDP investment in the Amazon region.

I saw the danger of this Green is the New Red advocacy when the leftist government of Ecuador put the rights of nature in its constitution, warning against the ultimate consequence of such radicalism in the Weekly Standard in 2008:

It is also worth noting that environmentalism is increasingly authoritarian in its outlook.  In such a milieu, the putative “rights” of nature will apply when the powers that be want to thwart the free market from developing resources—but not when socialist governments do—as has already happened in Ecuador.

Time to stop rolling your eyes and laughing, “What will they think of next?” folks.  These radicals are deadly serious and have strong connections in increasingly high places.
0
Print
Email
Prev Article
Next Article