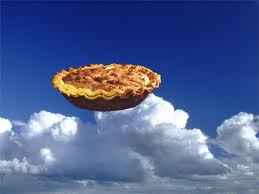 Robert Reich, the former Secretary of Labor under President Clinton, has a column out pushing universal Medicare that fundamentally fails to grapple with reality in making the case.  He admits Medicare is breaking the bank and then chides President Obama for relying on the (unnamed) Medicare Independent Advisory Board to reduce costs.  From “Medicare Isn’t the Problem, It’s the Solution:”

President Obama on the other hand, wants an independent commission to recommend cuts if the yearly costs of Medicare rise half a percent faster than the national economy. That’s better but still assumes Medicare costs are the problem. They’re not.

”Recommend?” Hardly  IPAB imposes!  It creates a bureaucratic authoritarianism that forces Congress to pass laws consistent with its “recommendations,” and is more powerful that a president’s veto. That Reich appears not to know that the IPAB isn’t just a typical toothless commission undermines his credibility.

It doesn’t get much better.  He chides doctors for ordering needless tests to make money:

The reason: Here, doctors and hospitals have every incentive to spend on unnecessary tests, drugs and procedures. But they have little incentive to keep people healthy. You have lower back pain? Almost 95 percent of such cases are best relieved through physical therapy. But doctors and hospitals routinely do expensive MRIs and then refer patients to orthopedic surgeons who often do even more costly surgery. Why? There’s not much money in physical therapy.

He then suggests that the expense of rehospitalization could be reduced by having a nurse visit the home of every acute hospital patient after release.  I like the idea—in an ideal world—but I really don’t think that would reduce costs overall.  I mean millions and millions of private nurse visits a year? However, if such a benefit would actually reduce costs, the private sector would embrace it.  If not, then Reich has wandered off his cost cutting meme and into the land of ever expanding benefits—which breaks banks.

Allow Medicare - and its poor cousin, Medicaid - to use their huge bargaining leverage over doctors and hospitals to change the incentives driving the health care system. Instead of reimbursing doctors and hospitals for the costly tests, drugs and procedures, pay them for keeping people healthy.

Pie in the sky.  HMOs were supposed to do that, and it just doesn’t reap the benefits hoped.   Moreover, doctors aren’t dictators.  They can tell people not to smoke or overeat, but how do they force them?  They can tell people not to have 15 sexual partners a year, but that won’t keep them out of multiple beds.  Besides, our society is aging.  Paying doctors to keep them healthy can’t overrule biology.

With the exception of the administrative cost issue, Robert Reich’s column is profoundly unserious.  By pretending that universal Medicare would be a magic wand, and supporting his thesis with cliche demagoguery, the column disappoints.