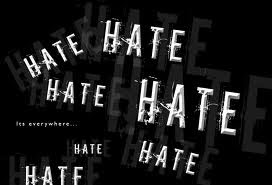 I have said that the source of some, perhaps much, of the irrational, seething hatred on the Left for Sarah Palin was her decision to give birth to Trig (who has Down syndrome) and openly love him unconditionally. (This isn’t the same thing as believing she isn’t of presidential material, which one can believe and not descend into venomous loathing).

Here’s another example. The leftwing blog known as Wonkette has a despicable hit on Trig and the Palins because Sarah posted a poem to Trig on his birthday.  From “Greatest Living American: A Children’s Treasury of Trig Crap on His Birthday:

Today is the day we come together to celebrate the snowbilly grifter’s magical journey from Texas to Alaska to deliver to the America the great gentleman scholar Trig Palin. Is Palin his true mother? Or was Bristol? (And why is it that nobody questions who the father is? Because, either way, Todd definitely did it.) It doesn’t matter. What matters is that we are privileged to live in a time when we can witness the greatest prop in world political history...What’s he dreaming about? Nothing. He’s retarded.

Even more than intimating incest.  Vile.  And the nonsense about Trig not dreaming: Have you noticed the undercurrent of bigoted eugenics and anti disability loathing among certain elements of the Left? I sure have.

A pernicious type of “Birther” are those who charge that Palin’s daughter Bristol is Trig’s real mother (hello, Andrew Sullivan), which I disproved on 9/2/08 when it first reared its ugly head during the Republican Convention. Let me again show the ludicrousness of these the vile libels: 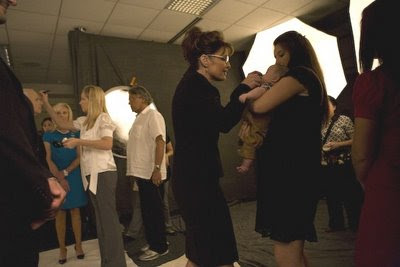 The photo to the right proves that Bristol is not Trig’s mother, as she is clearly about 5 months pregnant in the picture taken right after Palin received the VP  nomination,  41/2 months after Trig’s birth.  Bristol gave birth to her son on December 28, 2008 full term, meaning for the lies to be true, she would have gotten pregnant with her son while still pregnant with Trig.

Next, the photo below is of a clearly pregnant Governor Palin being interviewed. 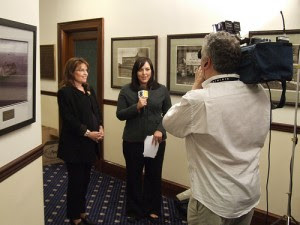 Disagree with Palin.  Fine.  Think she’s a twit.  A lot of people will agree. Work democratically to make sure she is never president.  By all means.  But such blind and unreasoning hatred and outright defamation tells us nothing about Palin and very much about Wonkette and its ilk.
0
Print
Email
Prev Article
Next Article