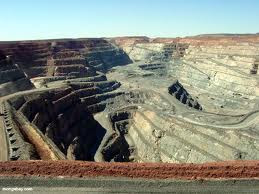 The living human bodies of the poor are increasingly looked upon by the rich and powerful as resources ripe for the mining.  As regular readers of SHS know: Ounce for ounce, human eggs have become the world’s most valuable commodity with eugenically correct young women able to garner tens of thousands of dollars for ten or fifteen eggs that could barely be seen by the human eye, occasionally leaving the sellers dead, disabled, or infertile.  If human cloning succeeds, the egg commodities market will shoot through the roof and become international as egg merchants scour the destitute for the tens of thousands of eggs needed to fill the cloners’ orders.

China tissue matches prisoners with buyers and kills the former to fill the organ orders of the latter.  In India, the uteri of desperately poor women are rented for gestation, and the child taken or not retrieved by the biological parents depending on whether they like the product.  And around the world, poor  people sell their  kidneys to the rich, sometimes with deadly consequences.

Bloomberg’s Michael Smith has an excellent investigative piece out about the organ trade, headlined, “Desperate Americans Buy Organs from the Poor.” (Bad headline: It should read, Desperate Destitute Sell their Organs to the Rich,” subhead, “Transactions Can be Deadly.”)  From the story:

Luis Picado’s mother remembers the day her son thought he had won the lottery. He came home to their tin-roofed cinder-block house in a Managua, Nicaragua, slum and said he’d found a way to escape poverty and start a new life in the United States. An American man had promised to give Picado, a 23-year-old high school dropout who worked as a construction laborer, a job and an apartment in New York if he’d donate one of his kidneys. He jumped at the deal, his mother says.

Three weeks later, in May 2009, Picado came out of surgery at Managua’s Military Hospital, bleeding internally from the artery doctors had severed to remove his kidney, according to medical records. His mother, Elizabeth Tercero, got on her knees next to her son’s bed in the recovery room and prayed, Bloomberg Markets magazine reports in its June issue. “I told my boy not to worry, that I would take care of him,” Tercero, 49, says. “But it was too late.” Picado bled to death as doctors tried to save him, according to a coroner’s report. “He was always chasing the American dream, and finally, it cost him his life,” she says.

Biological colonialism is a growing problem:

In the illegal organ trade, brokers scour the world’s slums, preying on the poor with promises of easy money and little risk in exchange for a kidney. Inside hospitals, people are injured or killed by botched surgery as doctors place money above ethics, criminal investigators say. In Colombia, 321 foreigners got transplants from 2005 to 2010, according to the country’s National Health Institute. Juan Lopez, a doctor who oversees Colombia’s organ transplant system as director of the NHI, says many of these surgeries are driven by profit for hospitals, doctors and brokers.

“I don’t want my country to be a Mecca for transplant tourism,” Lopez says. He’s gone to court to try to stop 23 organ transplants for foreigners since 2010, he says. In Peru, Rafael Peraldo, a taxi driver who’s under investigation for being an organ broker, has plied Lima’s dusty slums since at least 2005, according to five people who say in interviews that they sold kidneys to him.

Peraldo paid as little as $5,000, the five people say. Patients who bought these organs paid as much as $150,000, prosecutors have found. “The poor have become a spare-parts bank for the well-to- do,” says University of California, Berkeley, anthropologist Nancy Scheper-Hughes, who specializes in organ trafficking. The Peruvian National Prosecutor’s Office is investigating 61 transplants in seven of Lima’s top hospitals since 2004, documents in the case show. Peraldo is one of 150 brokers, doctors, nurses and others under investigation, says Jesus Asencios, the prosecutor leading the probe. Peraldo says in a telephone interview that he’s done nothing wrong; he says he won’t say more until the investigation is completed.

The story also notes that the buyers could run into problems, such as HIV, etc.  That should warn them away from mining for kidneys, but our emphasis should be on protecting the victims.

The time has come for the international community to outlaw this practice and make it prosecutable for buyer and organ merchants, whether in the home country or that of the purchaser.  Doctors and hospitals found to have knowingly participated or intentionally failed to learn what they did not want to know also have to be held accountable.  (That applies double here in the USA where poor Israelis were brought over for organ sales, which I don’t believe could have happened without some knowing medical participation.)

The poor have a tough enough time without being mined for their organs.  Living human beings should never be reduced to the equivalent of a commodity.
0
Print
Email
Prev Article
Next Article