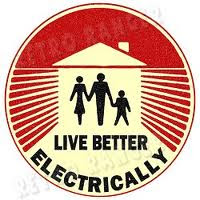 It isn’t a “cure” (a term way overused in health care stories), but it could one day improve the lives and health of millions of people with spinal cord injury. From the story:

A man left paralyzed after a car accident was able to stand and take steps after electrical stimulation of his spinal cord in what researchers described as a breakthrough in treating such devastating injuries. Rob Summers, a 25-year-old former college baseball pitcher, can also move his hips, knees, ankles and toes — and has regained some bladder and sexual functionality, researchers said on Thursday. “It opens up a huge opportunity to improve the daily functioning of these individuals ... but we have a long road ahead,” said Susan Harkema, lead researcher of the study from the University of Louisville in Kentucky. The results were published in The Lancet medical journal. “This is not a cure, and Rob’s not walking. ... Short of that, this approach may have impact in incremental ways,” she said. “Allowing people to just stand a few minutes a day can dramatically change their health.”

Summers received continual direct electrical stimulation of the lower spinal cord, a process designed to mimic signals the brain normally transmits to initiate movement. The researchers spent more than two years retraining Summers’ spinal cord’s neural networks to produce muscle movements, after which the electro-stimulation device was surgically implanted in his back.

The late Christopher Reeve was sold a bill of goods back in the day: ESCR was not—and never was—the “only hope” for paralytics.

By the way, much of the knowledge about the interaction between brain and spinal cord that allowed this wonderful achievement undoubtedly resulted from animal research.
0
Print
Email
Prev Article
Next Article