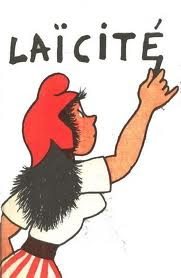 France is poised to maintain its very strict limitations on ESCR.  From the Reuters story:

France looked  set on Thursday to maintain its curbs on human embryonic stem cell research after the conservative government fought off a parliamentary bid to liberalize the country’s bioethics law. The National Assembly voted to uphold the curbs in the second reading of the new bioethics law. Conservative legislators and the Roman Catholic Church had protested after an initial Senate vote to authorize this research. The Senate holds its second reading of the bill in early June. If it votes again to allow embryonic stem cell research, the bill will go to a parliamentary conference committee where the National Assembly version of the bill would take precedence.

France has one of the stricter laws on embryonic stem cell research in Europe, banning it except for research with imported embryos not used for in vitro fertilization in other countries.

For all you ESCR advocates who claim mistakenly that opposing the intrumentalization of human embryos is “religion,” it is worth noting that France strictly forbids faith and the sacred from entering the public policy realm,—a concept called laïcité. Indeed, priests can’t even wear clerical collars in public buildings and burkas have just been banned in public.
0
Print
Email
Prev Article
Next Article