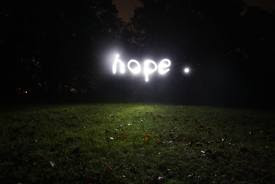 An Australian “brain dead” woman (clearly a misnomer, about which more below) was ordered removed from life support only a few weeks after suffering brain injury.  But thanks to the efforts of her family, she is now recovering.  From the story:

A TERRITORIAN has woken from the dead. Gloria Cruz was diagnosed as being “brain dead” by a team of doctors after suffering a massive stroke. But her distraught husband Tani begged them not to switch off her ventilator. “I’m a Catholic - I believe in miracles,” he told them...

Ms Cruz had a stroke in her sleep on March 7 and was rushed to Royal Darwin Hospital. After a CAT scan, a doctor said she probably had a brain tumour. Mr Cruz, 51, who works as a forecaster at the Darwin Met Bureau, said: “The doctor didn’t elaborate. He just said I should prepare myself.” His wife underwent brain surgery immediately...Doctors said the case was “hopeless” and she would probably die within 48 hours.

When a doctor recommended that the ventilator be removed and Mrs Cruz be allowed to die, her husband told them: “A miracle could still happen. I told him that God knows how much I love her - that I don’t want her to suffer but I don’t want her to leave us.” Mr Cruz asked for a 48-hour respite. A doctor, social worker and patient advocate later rang him and again asked him to agree to have the ventilator turned off. After two weeks, a breathing tube was inserted in Mrs Cruz’s mouth and the ventilator was turn off. Hospital staff were stunned when she woke from her coma three days later.

This story illustrates many of the problems we see in medicine today:
1. There is a tendency to give up way too early on patients who have serious brain trauma.  I think that is in part to the bioethical meme that rejects human exceptionalism, accepts the so-called “quality of life” ethic that presumes people with catastrophic cognitive traumas have lower moral worth, and indeed as some hold, are mere human “non persons.”
2. “Brain death” is a badly misused term. If Cruz breathed on her own after the ventilator was turned off, by definition, she wasn’t dead, but in a coma, as the story stated later.  Media and medical communicators have to watch their lexicon.  An unconscious patient is a living patient.
3. Diagnosis of persistent consciousness can’t usually be done reliably in days, or even weeks.  It takes months, and even then, there is a 40% misdiagnosis rate.  It would appear that a hasty prognosis might have been made in this case that could have had tragic results.  What if the family hadn’t fought for her life?  She might not have recovered to the point that she was able to breathe unassisted.
4. Doctors should not have the unchecked power to unilaterally “pull the plug.” Decisions that wanted further treatment is “futile” should not be made by the doctors or hospital bioethicists or social workers.  Rather, they require strong checks and balances and decision by rule of law.  If the wanted treatment is clearly so burdensome to the patient (not the medical team or hospital finances) that it should be stopped, that is a decision to be made in open courts with rights of cross examination and appeal.
5. Occasionally, “miracles” do happen.

This part of the story raised my eyebrow:

A doctor was so amazed, he said: “It’s a miracle.” And then he turned to Mr Cruz and said: “I am happy that my prognosis was wrong.”