I don’t know the ins and outs of the loss by the Republican in NY 26 House District.  I know there was faux Tea Party spoiler candidate, and etc.  But the MSM is claiming that it is a rebuke of Representative Paul Ryan’s idea of fixing Medicare—depicted above in a prime example of the “new tone” as throwing grandma off a cliff.  But I don’t care about the ad, which was well executed.  That’s the sharp elbows of politics.  And if the Republicans weren’t ready to respond to the predictable tactic, shame on their naivete.

My concern is whether we are capable anymore of solving our own problems through representative government. One can agree or disagree with Ryan’s proposal.  I like the means testing idea. I think the competing private insurance plans underwritten by government approach, which has worked very well under the popular Part D Medicare, is worth considering.  Moreover, it won’t affect anyone now receiving Medicare or who becomes eligible for traditional coverage during the next ten years.

But even if  it is not the way we want to go, at least Rep. Ryan treated the American people like adults by assuming we understand that Medicare is going broke—exacerbated by Obamacare’s taking of $500 billion from the program—and that it was up to us through our elected representatives to work on the fix in an open and accountable way through public debate and the give and take of proposal and counter proposal.

But if the conventional wisdom is right, if the moment someone makes a true reform proposal voters run shrieking in the other direction, then we don’t want to be treated like adults.  We want mommy to make it aaalll better with a kiss on the boo-boo and the wave of a magic wand to make the pain go away.

But even the Democrats know Medicare will founder unless something substantial is done.  But they would rather do it without fingerprints.  So, instead of making clear and open proposals for debate in the public square, they demagogue.  And then, because they know the current course will lead to collapse, they hire metaphorical hit men to do the wet work, that is, they empower unaccountable, unelected bureaucrats in the Independent Payment Advisory Board, a Star Chamber that will be given increasing levels of power as we go. They create multiple cost/benefit boards that will ration care, as they deny they are rationing.  In other words, they create a system intended to give them plausible deniability for the unpopular policies that will be imposed through regulatory promulgation.

It is cowardly.  It is anti-freedom.  It creates a bureaucratic state that gives power to the unelected and unaccountable and turns our freedom over to ruling class presidential appointees.  And if our politicos of both parties see that approach as saving their bacon, the tactic won’t stop with Medicare funding.  We’ll see it used in almost every difficult and contentious public policy controversy. 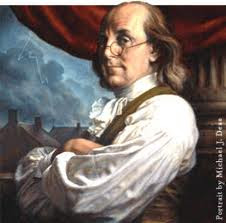 If not doing their constitutional job becomes the path to political power and the perks that go with it, then Benjamin Franklin’s famous warning to a bystander at the Constitutional Convention becomes highly relevant. When asked what kind of government we were to have, the great Founder responded, “A Republic, maddam, if you can keep it.”  Too strong?  Perhaps.  But Franklin and his co-founders did not envision that the real power in government could one day be transferred from elected officials to unelected appointees and civil service.

Do I want Ryan et al to retreat? Absolutely not. Doing the right thing is always the right thing, and debating openly is the right thing. I am also enough of an optimist to believe that over the long term, doing right is the best political tactic.