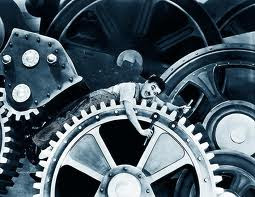 I hesitate to go here because it is not intended to open up the huge political issue of labor relations.  But slavery and human trafficking are definite human exceptionalism issues, and so too, I think, is working people to the point of utter exhaustion, hopelessness, and despair.  Indeed, if not being slavery, it is close enough to it to be relevant to SHS.

It appears Apple’s building contractor is treating its workers like less than people in China.  From the story:

The investigation gives a detailed picture of life for the 500,000 workers at the Shenzhen and Chengdu factories owned by Foxconn, which produces millions of Apple products each year. The report accuses Foxconn of treating workers “inhumanely, like machines”. Among the allegations made by workers interviewed by the NGOs – the Centre for Research on Multinational Corporations and Students & Scholars Against Corporate Misbehaviour (Sacom) – are claims that:

? Excessive overtime is routine, despite a legal limit of 36 hours a month. One payslip, seen by the Observer, indicated that the worker had performed 98 hours of overtime in a month.
? Workers attempting to meet the huge demand for the first iPad were sometimes pressured to take only one day off in 13.
? In some factories badly performing workers are required to be publicly humiliated in front of colleagues.
? Crowded workers’ dormitories can sleep up to 24 and are subject to strict rules. One worker told the NGO investigators that he was forced to sign a “confession letter” after illicitly using a hairdryer. In the letter he wrote: “It is my fault. I will never blow my hair inside my room. I have done something wrong. I will never do it again.”
? In the wake of a spate of suicides at Foxconn factories last summer, workers were asked to sign a statement promising not to kill themselves and pledging to “treasure their lives”.

I first covered this issue nearly a year ago, in which Chinese migrant workers from the provinces were so mistreated and denied human freedom, that some were driven to suicide.  There was an international stink then, and promises of reform. But apparently, little has changed.

China is a tyranny—and that’s how tyrannies act—including spitting in the face of human exceptionalism and equality.  Consider the issues we have covered here: China arrests Falun Gong and may kill them for their organs.  It has a one child policy that has destroyed families and resulted in sex-based forced abortion, even infanticide.  It’s public policies include explicitly eugenic impositions.  It treats workers like machines. And yet, some notable Greens look to China as an inspiration (as I have also noted). The mind boggles.

In a sense, much of this is our fault in the West with our hyper consumerist ways.  We want our gadgets plentiful and cheap.  And apparently, we, politically liberal media companies—and our government—don’t care too much who gets hurt in supplying them.
0
Print
Email
Prev Article
Next Article