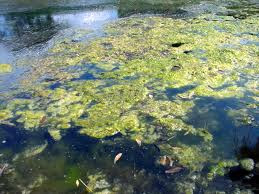 Larry Flint peddles obscenity and misogyny.  He is not mainstream, to be sure, but he is also a big booster of left wing causes—and I haven’t seen too many on behalf of whom he has labored reject his support or condemn his work, although it is possible I just missed it.

He gets some MSM attention from time to time, including in the UK from the left wing Independent, which did a big profile on him.  From, “Larry Flynt: Freedom Fighter, Pornographer, or Monster?”

Then he says, apropos of nothing: “Sarah Palin is the dumbest thing. But I made a fortune off of her. [He made a porn film called Nailin’ Palin, based on her]... She did a disservice to every woman in America. She knew from the first month of pregnancy that kid was going to be Down’s Syndrome. It’s brain dead. A virtual vegetable. She carries it to all these different political events against abortion, she did it just because she didn’t want to say she’d had an abortion. How long is it going to live? Another 12, 15 years? Doesn’t even know it’s in this world. So what kind of compassionate conservative is she? I don’t think anybody will want her near the White House.”

This is bigotry unvarnished and raw, as we’ve seen in other left wing attacks on Trig Palin, about which I have repeatedly reported here.

I will be watching to see how Mr. Flynt is received by people of a certain hard a’ port political persuasion from now on, whether they take his money, whether they honor him with media profiles, whether they invite him to their parties—and reporting about it here.  If bigotry is to be shunned, Flynt should be a lonely man.
0
Print
Email
Prev Article
Next Article