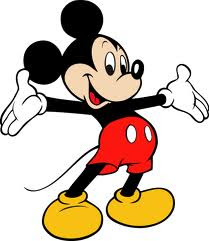 Lung stem cells have been discovered in rodents that could lead to disease treatments.  From the AP Story:

Scientists believe they’ve discovered stem cells in the lung that can make a wide variety of the organ’s tissues, a finding that might open new doors for treating emphysema and other diseases. When these human cells were injected into mice, they showed their versatility by rebuilding airways, air sacs and blood vessels within two weeks. One expert called that “amazing.” While stem cells have been found in bone marrow and some other parts of the body, it hasn’t been clear whether such a versatile cell existed in the lung.

Experts not involved in the study stressed that the work must be confirmed by further research and that it’s too soon to make any promises about therapies. But they said it could be a significant advance in a difficult field of research. “These are remarkable findings and they have extraordinary implications,” said Dr. Alan Fine of Boston University, who called the mouse results amazing. “But it has to be replicated.”

This is an example of animal research used for basic science.  The only way to discover these cells and experiment on their potential was to use living organisms, the lives of which would be lost in the search.  That means humans or animals.  Now that the animals have shown the existence of these cells, scientists can begin the long process of human application. But without the use of the mice, the discovery would never have been made, nor could the research move forward to hopeful human application.

Animal rights activists who say that research on animals leads to nothing useful are either lying or woefully ignorant.  One can say with integrity that it doesn’t matter the good that comes from animal research, our duty to animals is so high we should not make these discoveries rather than use animals instrumentally.  But one cannot legitimately say that animal research provides no useful scientific benefit.
0
Print
Email
Prev Article
Next Article