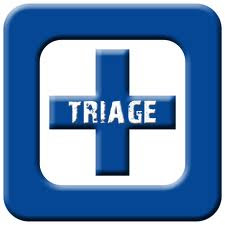 I agree with the New York Times’ Charles Blow on the need to maintain federal  spending support for a program that pays for the drugs that fight HIV.  From his column, “H.I.V.S.O.S:”

Treatment as prevention. That’s the way scientists describe a striking and incredibly encouraging new finding of a large clinical trial released on Thursday that found that H.I.V.-infected people who took antiretroviral drugs were 96 percent less likely to pass on the disease than those who didn’t. This is an extraordinary finding, coming in the year of the 30th anniversary of the AIDS epidemic in America.

This now shines a harsh light on the cruelty-creep and passion-drift by federal and state governments whose lack of financing and fealty in the fight against AIDS has had the effect of either starving or restricting support, services and prevention efforts for people with H.I.V. and those at risk of contracting it. In light of this week’s news, perhaps no program becomes more important or in more urgent need of reconsideration than the nation’s AIDS Drug Assistance Programs, or ADAPs, for low-income patients. ADAPs are co-funded by federal and state governments and now find themselves in a bit of a crisis.

On the federal level, Washington’s contributions haven’t kept pace with the scope of the problem. In 2000, 68 percent of ADAP budgets came from federal money. Last year, that had dropped to 45 percent. And the state-level lawmakers are making unconscionable choices. According to data from the ADAP Advocacy Association: as of last week, the number of people on ADAP waiting lists had risen to 7,873; between April 2009 and April 2011, 14 states reduced the number and types of drugs they would pay for.

This is the wrong direction:

Treatment benefits the healthy as well as the sick. It not only prolongs and improves the lives of those who are H.I.V.-positive, but also is a prophylactic for those who aren’t. Everyone wins. It’s time to expand ADAPs, not diminish them.

Blow is right.  We have to triage government spending, and this one area that should not be cut.

However: Those who benefit from the program have a concomitant duty to change their behaviors so as to not spread the disease.  Consider how often we hear about how people must restrict calories and stop smoking—not only for their health, but for the health costs their behaviors can cost society.  That should apply squared with regard to the behaviors that spread HIV, the consequences of which come fast and are surely more deadly than smoking and obesity.  Is it thus too much to ask that HIV+ people abstain?  At the very least, no one who has tested positive should have sex—and that includes with condoms—until they have advised a prospective sexual partner of their status.

With our largess for saving their lives,  people with HIV have a concomitant responsibility that they not make society’s job more difficult and expensive by engaging in irresponsible behavior.  Really.  That isn’t too much to ask.
0
Print
Email
Prev Article
Next Article