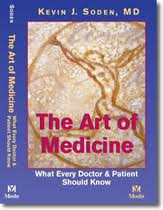 As I watch Compassion and Choices (once the Hemlock Society), it appears to have a couple of long term goals.  First and foremost, of course, is the complete legalization of assisted suicide throughout the country, supposedly restricted to the terminally ill under guidelines.  Then, the guidelines and limitations would soon be attacked and streeetchhhed—evidenced by the organization explicitly opposing the very guidelines in Montana (after a court ruling creating a constitutional right to assisted suicide, later vacated), that it had bragged about establishing in Oregon.

Second, its leaders hope the assisted suicide advocacy group can become the Planned Parenthood of death, complete with public funding and imbedding into the political ruling Establishment.

Third, it hopes to use “mandatory information” laws about palliative care to promote the death agenda, evidenced by the original proposal in California under AB 2747, which, among other provisions, would have required doctors to put the terminally ill into artificial comas and then dehydrate them to death on demand. That broader agenda was temporarily scaled back after AB 2747 hit a wall of resistance, with a law eventually passed requiring doctors to give palliative care information to their terminally ill patients.

A similar bill was passed at the group’s behest in New York.  And now, commentary authored by Alan B. Astrow, M.D., and Beth Popp, M.D. in the NEJM, notes that  the forced dissemination of raw information could impede proper palliative care.  From “The Palliative Care Information Act in Real Life:”

What is needed in such cases is not simply information, but an appreciation for the profound anxiety everyone feels at the border between life and death. In asserting power over the way in which deep and troubling human questions should be addressed — and showing so little interest in or understanding of the physician’s experience — the New York legislature seems likely only to generate cynicism at the times when critically ill patients and their families are most in need of honesty, kindness, and engagement. Admittedly, physicians have too often left patients with advanced incurable illness unaware of the reality of their condition. The solution, however, is to focus on the real obstacles to respectful conversation about the limits of medical efforts to extend life and about the alternatives to disease-directed treatments; a legalistic solution is likely to prompt a merely legalistic response, such as a new checklist requirement for physicians and an additional page in the hefty pile of papers foisted on patients.

Precisely.  C & C’s push to force doctors to give a checklist of options once a terminal illness is diagnosed, depending on how it is done, could be heartless and hope enervating.  But the group’s agenda isn’t improving the delivery of medicine, per se.  Rather, it is pushing the death agenda—and it is more than willing to impugn the motives and professionalism of doctors—even slander physicians as so many torturers—in pursuit of that goal.  Everything the organization says and does should be viewed through that prism.
0
Print
Email
Prev Article
Next Article