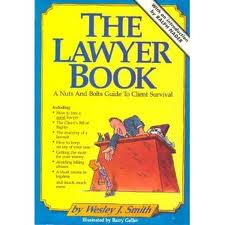 One of the reasons I turned against single payer is that I believe—as an advocate who learned the trade at the knees of Ralph Nader—in the tort system.  It provides a free market remedy in a free market system.

Tort law is especially important in the health care marketplace, where private health insurers that deny benefits can have the bottom line sued out from under them for “bad faith”—if the company refuses clearly owed coverage.  We’re talking punitive damages, baby!  Just the threat can keep avaricious executives from crossing the line.

But under single payer, that protection evaporates.  The government can provide benefits—and it can take them away—as we saw when Arizona stopped covering organ transplantation due to a Medicaid budget crisis.  Now, the Obama Administration has gone to court in an amicus brief to make sure it stays that way.  From the NYT story:

Medicaid recipients and health care providers cannot sue state officials to challenge cuts in Medicaid payments, even if such cuts compromise access to health care for poor people, the Obama administration has told the Supreme Court. States around the country, faced with severe budget problems, have been reducing Medicaid rates for doctors, dentists, hospitals, pharmacies, nursing homes and other providers.

Federal law says Medicaid rates must be “sufficient to enlist enough providers” so that Medicaid recipients have access to care to the same extent as the general population in an area. In a friend-of-the court brief filed Thursday in the Supreme Court, the Justice Department said that no federal law allowed private individuals to sue states to enforce this standard. Such lawsuits “would not be compatible” with the means of enforcement envisioned by Congress, which relies on the secretary of health and human services to make sure states comply, the administration said in the brief, by the acting solicitor general, Neal K. Katyal.

As I have repeatedly noted, no private insurance company would be permitted to do what many states are doing under Medicaid.  Only the government has such powers.  This illustrates one reason why single payer is such a bad idea.

Not only that, this serious detriment could also afflict us if Obamacare remains the law of the land.  While it isn’t single payer, it aspires to centralize control over the standards of care and coverage in the federal bureaucratic leviathan.  The Independent Payment Advisory Board for Medicare can already cut doctor compensation under Medicare, and is already being touted as the cost cutter of the future beyond that by President Obama.  As I noted here at SHS, the New England Journal of Medicine wants to empower this unelected bureaucracy to control the private market as well.

We need lawyers—as unpleasant as my profession may be—as a check and balance against the powerful.  Single payer and Obamacare take away (or is likely to) that essential patient protection.  That may please you—until you are the one at the short end of the stick.  Remember, the person who wanted to “kill all the lawyers,” in Shakespeare’s famous line, was a supporter of the would-by tyrant.
0
Print
Email
Prev Article
Next Article