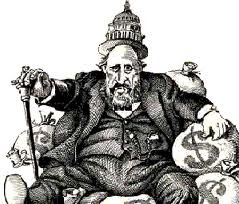 If a Republican were president, the MSM would pursue stories such as this with great vigor.  But with Obama in office, his journalist protectors know what they don’t want to know.  So it is up to the partisan media to uncover and/or drive most of the stories about corruption, favoritism, and opaqueness of Obama policies and practices in general, and about Obamacare in specific.

Current example: The Daily Caller has an eyebrow raising story that 20% of April’s more than 200 Obamacare waivers went to San Francisco businesses—not coincidentally, the home of former House Speaker and current minority leader, Representative Nancy Pelosi.  From the story:

Of the 204 new Obamacare waivers President Barack Obama’s administration approved in April, 38 are for fancy eateries, hip nightclubs and decadent hotels in House Minority Leader Nancy Pelosi’s Northern California district. That’s in addition to the 27 new waivers for health care or drug companies and the 31 new union waivers Obama’s Department of Health and Human Services approved. Pelosi’s district secured almost 20 percent of the latest issuance of waivers nationwide, and the companies that won them didn’t have much in common with companies throughout the rest of the country that have received Obamacare waivers. Other common waiver recipients were labor union chapters, large corporations, financial firms and local governments. But Pelosi’s district’s waivers are the first major examples of luxurious, gourmet restaurants and hotels getting a year-long pass from Obamacare.

The story also notes that spas and car dealerships in The City were waived.  I hope some enterprising reporter will try to trace the owners of the businesses with their levels and beneficiaries of political contributions.

This smacks of blatant cronyism and machine politics.  And it illustrates how destructive Obamacare will be to small business once the waivers cease after the 2012 election is safely under the POTUS’s belt and he is reelected.  (If he’s not reelected, Obamacare goes the way of whale oil lamps.)

Secondhand Smokette is on the story, too.  She notes in her Token Conservative blog that SF has a universal health care plan, to which diners at these rich eateries contribute via check surcharges.  But that is no excuse for waivers.  The plan itself says that insurance is the better choice.  From the San Francisco Health Plan Visitor’s page:

This is the bottom line: Centralized control leads to corruption and favoritism.  Obamacare reeks of it. Repeal. Replace. Reform. Defund.
0
Print
Email
Prev Article
Next Article