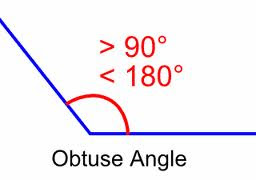 Unbelievable. Andrew Barnes tried to access suicide tourism in Switzerland because he had been diagnosed as terminally ill. He wasn’t, and in fact, has since recovered.

You’d think such a near miss would cause him some pause about the dangers of euthanasia.  After all,  if he had gotten his wish, he’d be dead now. But no. From the story:

Despite his near miss, Mr Barnes has no complaints about how he was treated - and is still an advocate of euthanasia. “When I was in hospital, I saw wards of people who were very ill. Some of them the nurses had to pick up with a crane, like a mechanic would to service a car. “They had no control over their bodily functions and, if they’d been offered death, I’m sure half of them would have taken it. There was no dignity to their lives any more. “If I was in that condition, I’d rather go to Dignitas.”

Get hit in the side of the head with clear proof of the danger of euthanasia, and still refuse to learn.  How can such obtuseness be explained?

Chalk it up to the raw power of the fear of suffering and disability in our society.  And here’s the thing that many will ignore or wave off: We will never know how many others have committed suicide or were euthanized, who, had they been given the time, would have recovered (like Barnes) or learned to live with their illnesses (like my once suicidal hospice friend Bob did).

For some reason, that doesn’t matter.  It carries no emotional punch and will bounce off the collective forehead as the media and popular entertainment focus obsessively on televised assisted suicides and make heroes and heroines out of any sick or disabled person who publicly declares their desire to be allowed assisted suicide.  A telling indictment of our popular culture and the uncompassionate times in which we live.
0
Print
Email
Prev Article
Next Article