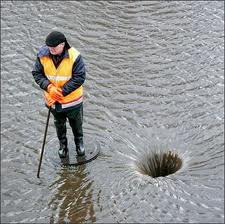 I wish I could say I was surprised.  Zurich voters rejected a referendum that would have restricted suicide clinic attendance to the Swiss.  From the story:

Voters in Zurich have overwhelmingly rejected calls to ban assisted suicide or to outlaw the practice for nonresidents. Zurich’s cantonal voters by about a 4-to-1 margin Sunday defeated both measures that had been pushed by political and religious conservatives. Out of more than 278,000 ballots cast, the initiative to ban assisted suicide was opposed by 85 percent of voters and the initiative to outlaw it for foreigners was turned down by 78 percent, according to Zurich authorities. Assisted suicide is legal in Switzerland, and has been since 1941, provided the helper isn’t a medical doctor and doesn’t personally benefit from a patient’s death. About 200 people a year commit suicide in Zurich. “It’s everybody’s own decision. It must be allowed — they do it anyway,” said Felix Gutjahr, a Zurich voter who opposed the ballot initiatives.

No, it “must” not be allowed.  The voters chose to allow it.  That makes them morally complicit in the suicides that occur.

This is very troubling news.  It is clear to me that the Swiss people have broadly rejected the unique intrinsic dignity of human life.  Consider: Its Supreme Court declared a constitutional right to assisted suicide for the mentally ill.  A few years ago, its constitution was amended to include the “intrinsic dignity” of plants—sort of a forerunner to the new push for the “rights of nature” we are now seeing elsewhere.  Good grief, it is against the law in Switzerland to flush live goldfish down toilets, but perfectly acceptable to set up suicide clinics.

Taken all together, I think the Swiss have completely cut the cord binding them to the Western tradition and have jumped headlong into the coup de culture. Over the long run, that will redound very much to the country’s—and perhaps, Europe’s—detriment, since this way of thinking is communicable.
0
Print
Email
Prev Article
Next Article