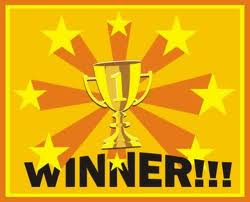 I finally have some time to check out the MSM’s Kevorkian obits, and I must say, some of it is as revisionist as it gets.  Since I believe in accurate history, I think I’ll do a few posts correcting the record.

Let’s start with the long Bloomberg story, byline Mark Schoifet, which is the best and most accurate I have seen.  (I must say I was flattered to be included,  more about which below.)

What makes the obit so good is that it covers macabre facts usually overlooked by MSM reporting.  From the story:

Kevorkian’s medical career was unconventional from the start. As an intern in the mid-1950s, he began photographing the eyes of patients at the moment of death, a practice that led his hospital colleagues to give him his nickname. Later he gained notoriety for advocating unorthodox medical practices such as live operations on death-row prisoners and blood transfusions from corpses to living patients.

The report even notes that K wanted to experiment on prisoners being executed:

His next crusade was to persuade government officials to allow vivisection — live operations — of death-row prisoners. His plan was to anesthetize the inmates, and then cut them open for testing, transplants and organ harvesting before killing them with a lethal injection.

When K was refused access to prisoners’ bodies, he decided to use the sick and people with disabilities as fodder in his human experiment “crusade” (his term).

Which makes it odd that the obit deflects the truth that human experimentation was K’s consistent obsession throughout his assisted suicide campaign—by calling it merely my allegation:

Some critics, notably Wesley J. Smith of the National Review and Weekly Standard magazines, said Kevorkian’s “obsession” with human vivisection — not compassion for the suffering — was the real motivation behind his later campaign for assisted suicide.

No, I didn’t say it, Kevorkian did!  It wasn’t my interpretation of something he once hinted at.  Kevorkian explicitly wrote that human experimentation—what he called “obitiatry”—was his ultimate goal in his promotion of assisted suicide/euthanasia and that “compassion” had little to do with it.  From page 214 of Prescription Medicide:

I feel it is only decent and fair to explain my ultimate aim...It is not simply to help suffering or doomed [his term for non ill people who want to die, for example the people at Jonestown! p 198] persons kill themselves—that is merely the first step, an early distasteful professional obligation (now called medicide) that nobody in his or her right mind would savor...What I find most satisfying is the prospect of making possible the performance of invaluable experiments or other beneficial medical acts under coidtions that this first unpleasant step can help establish—in a word, obitiatry...

He even wrote that humans should be used rather than animals in experiments, which was why he infused people with cadaver blood rather than trying first on animals.  From page 211 of PM:

On reflection, however, I came to the conclusion that rather than a setback [a refusal to permit animal experimentation on an assisted suicide technique], rejection of my request actually saved me from a serious breach of what I personally consider to be correct conduct of clinical researach.  That is, never do an any live animal anything aimed solely or primarily for human benefit, and for the performance of which live mhuman subjects are available under ethically unassailable [!!!] circumstances.  That was the case when in the earrly 1960s, I carried out cadaver blood transfusions on human recipients, even for the first time.

Isn’t it odd how many of the most misanthropic advocates care more about animals than people.  See, for example PETA’s Ingrid Newkirk.

In any event, read the entire Bloomberg obit.  It is the best and most accurate I have seen. Congratulations to Mark Schoifet.
0
Print
Email
Prev Article
Next Article