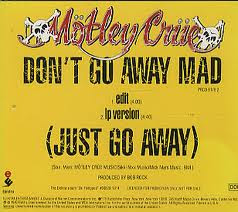 The so-called “duty to die” has been quietly discussed in bioethics for more than a decade.  Now, a major British Medical Association leader proposed an implicit duty to die by stating that terminally ill people may have to be denied life-extending treatments due to the costs of their care.  From the Scotsman story:

THE leader of Scotland’s doctors has questioned whether society can afford to pay thousands of pounds to keep terminally-ill people alive for weeks or months when health service budgets are under unprecedented strain. Dr Brian Keighley, chairman of the British Medical Association Scotland, said in some cases tens of thousands of pounds were spent on drugs to extend cancer patients’ lives for relatively short periods.
Speaking ahead of his organisation’s annual meeting, the GP said the country had to debate the merits of these kinds of aggressive treatments and the effects they had on the NHS budget. But he stressed any decision had to be made at a society level, rather than being left to doctors.

He’s right about the last part.  Doctors should not decide which patients live and which don’t live.  But you have to ask yourselves what kind of a society would we become if we decided that when one needs care the most, it will be denied because of the cost (and, let’s face it, their lack of current productivity).

If we (this matter involves far more than the UK) are going to have a “conversation” about which treatments not to fund, I suggest we start with non elective procedures and treatments, i.e. those that are required to preserve life or treat serious illnesses and injuries.  We should also reduce over utilization by requiring patients to pay deductibles and co-pays (via means testing). Better that people pay for part or more (depending on where you live) of your own care than throw the most sick and disabled among us out of the life boat.  At the very least, those who need care most should not be the first ones denied it.
0
Print
Email
Prev Article
Next Article