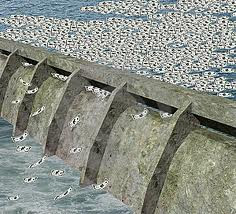 I wish I could say I was surprised, but it is par for the course these days.  Apparently PP has a right to be funded by the taxpayers.  The judge didn’t put it that way, of course.  An Obama appointee, Judge Tanya Walton Pratt, ruled that Indiana’s refusal to pay $ to Medicaid providers that also perform abortion interferes with  Medicaid recipients rights to choose their own health care providers.  From the W. Post story:

A recent federal Medicaid bulletin said states may not exclude qualified health care providers merely because they also provide abortions. Pratt noted in her ruling that the federal government had threatened to withhold some or all of Indiana’s Medicaid funds because of the new law, which could total more than $5 billion annually and affect nearly 1 million residents. “Thus, denying the injunction could pit the federal government against the State of Indiana in a high-stakes political impasse,” the judge wrote in her ruling. “And if dogma trumps pragmatism and neither side budges, Indiana’s most vulnerable citizens could end up paying the price as the collateral damage of a partisan battle.”

So, she chose which side’s “dogma” should prevail.

The primary legal issues are federal preemption and federalism’s division of sovereign powers–which seem to flow both ways depending on the politics of the issue.  But let’s get real: This whole fracas would disappear if PP erected a financial and administrative wall separating its non abortion related health care services and its abortion activities. It won’t do that because money is fungible.  So, even though Medicaid and federal grants are not supposed to fund abortion, money for that purpose comes in through the back door.

Which is precisely the reason organizations such as the ACLU fight so hard to force taxpayers to “keep” PP.  It isn’t the “breast exams” or “PAP smears.”  It isn’t the STD tests.  Those could be done in most clinics and medical offices.  The point is to keep the abortions churning.

On a different note, Judge Pratt refused to enjoin the law’s requirement that women seeking abortion be told that they are carrying a living human organism:

Pratt denied Planned Parenthood’s request to block the measure requiring doctors to tell women seeking abortions that “human physical life begins when a human ovum is fertilized by a human sperm.” “The inclusion of the biology-based word ‘physical’ is significant, narrowing this statement to biological characteristics,” she wrote in her ruling. “When the statement is read as a whole, it does not require a physician to address whether the embryo or fetus is a ‘human life’ in the metaphysical sense.”

Agree or disagree with abortion, that is the scientific truth.  A pregnancy termination destroys a biologically human life.
0
Print
Email
Prev Article
Next Article