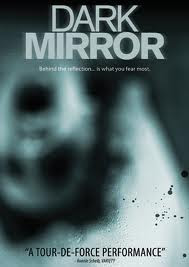 After posting the brief response to the death of Jack Kevorkian here this morning, The Corner asked me to reflect further.  I decided to focus on Kevorkian as holding up a “dark mirror” to society.  From my post:

So, now that he is gone, what is Kevorkian’s legacy? He assisted the suicides of 130 or so people and lethally injected at least two by his own admission (his first and his last); as a consequence of the latter, he served nearly ten years in prison for murder. But I think his more important place in contemporary history was as a dark mirror that reflected how powerful the avoidance of suffering has become as a driving force in society, and indeed, how that excuse seems to justify nearly any excess.

Thus, while the media continually described him as the “retired” doctor who helped “the terminally ill” to commit suicide, at least 70 percent of his assisted suicides were not dying, and five weren’t ill at all according to their autopsies. It. Didn’t. Matter. Kevorkian advocated tying assisted suicide in with organ harvesting, and even stripped the kidneys from the body of one of his cases, offering them at a press conference, “first come, first served.” It. Didn’t. Matter. And as noted above, he wanted to engage in ghoulish experiments. It. Didn’t. Matter. He was fawned over by the media (Time invited him as an honored guest to its 75th anniversary gala, and he had carte blanche on 60 Minutes), enjoyed high opinion polls, and after his release from prison was transformed by sheer revisionism into an eccentric Muppet. He was even played by Al Pacino in an HBO hagiography.

Time will tell whether Kevorkian will be remembered merely as a kook who captured the temporary zeitgeist of the times, or whether he was a harbinger of a society that, in the words of Canadian journalist Andrew Coyne, “believes in nothing [and] can offer no argument even against death.“

I am sure I will want to reflect on his obituaries in the MSM, but enough for now.
0
Print
Email
Prev Article
Next Article